You are here: Home / Before and After Photos / Cassandra lost 32 pounds 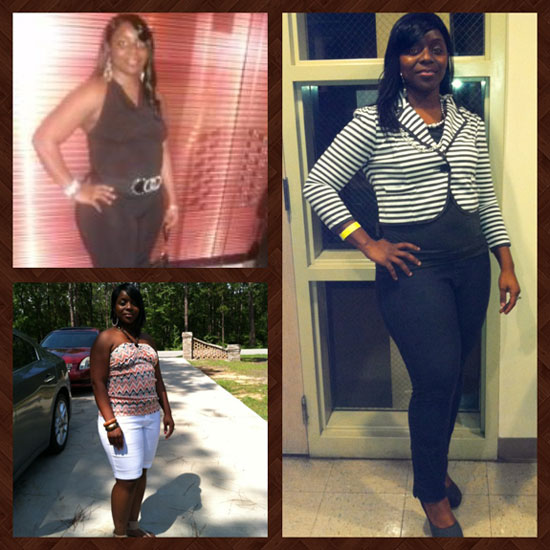 Cassandra wrote to us and shared her photos and weight loss story:

“I was at my heaviest weight of 201 lbs after having a complicated pregnancy. Two years later, I was still the same weight and of blaming it on the childbirth. I tried many diets. Either I was eating healthy and not working out or vice versa. I was not consistent. I lost some weight doing Taebo and P90X. I joined Crossfit Sumter in September 2012. That is when I became serious about exercising. The only problem was that I wan’t quite eating the way I should. I tried the Paleo diet and noticed the weight and inches fading away.  I am more happier and healthier now than I have been in a while. My currently weigh 169 lbs.”