You are here: Home / Before and After Photos / La’Tresha lost 42 pounds

Transformation of the Day: La’Tresha lost 42 pounds. Being diagnosed with stage III colon cancer dramatically changed her health, but also her relationship with food. Due to treatment, the sight, smell and taste of food made her physically ill and she lost a lot of weight. With recovery came the joy of eating again and weight gain. Her life was now on the up and up, but she didn’t want to start this new chapter unhappy with the way she looked. Check out how she’s taken action over the past year to change her life. 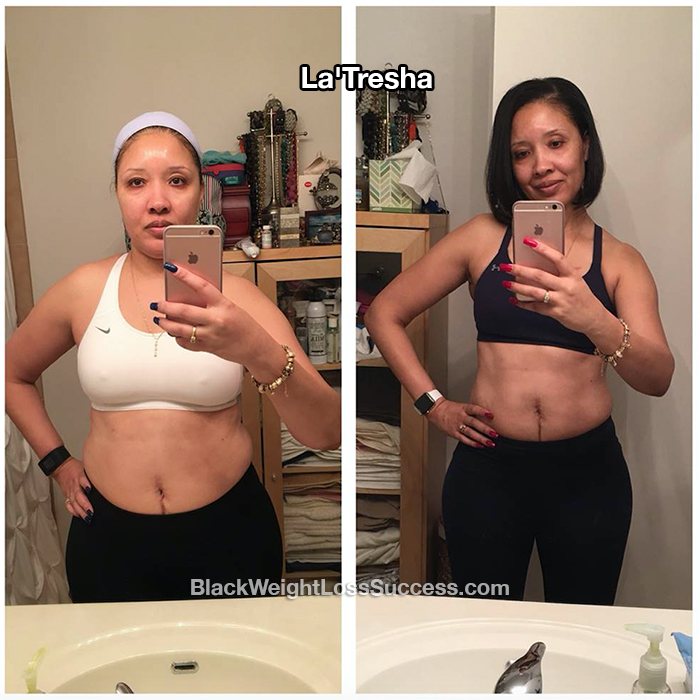 Today marks the 1 year anniversary of my journey to ‘release the weight’ (12/28/16). To commemorate this very special day, I’ve decided to, break out of my very introverted shell, and share my story.

For most of my life, I was someone who was able to maintain a reasonably healthy weight. At times I did exercise, but I’ve always had a poor diet. Until my mid-30’s, I was what people would consider ‘moderately thin’. At the age of 36 I was diagnosed with stage III colon cancer and my overall health and relationship with food radically changed. Like many cancer patients, throughout my treatment (i.e. surgery and chemotherapy) the sight, smell and taste of food made me physically ill. Eating certain foods would often cause unpleasant side effects as well. Not surprisingly, during this time I went from being relatively thin to appearing emaciated.

As I began to recover, I began to enjoy food eating again. At 37, I got married, moved to a new city and began a new job. Despite my sporadic attempts at exercising, over the next six years, my weight continued to climb. At my heaviest, I weighed 212 pounds at 5’10″.  Finally, exactly 365 days ago, I decided I didn’t want to start the second half of my life being unhappy with my appearance.

There really wasn’t a single ‘ah-ha’ moment that made me finally decide to get serious about my health, but rather a series of moments. Examples; buying larger sizes, becoming out of breath while climbing stairs, avoiding mirrors, generally be self-conscience about my size, etc. Last December, my bestie (who lives in another state) and I became weight loss accountability partners. Each week we would text our progress (miles walked/ran, number of days we hit the gym, weight lost or gained). It’s great to have someone to celebrate my successes with as well as commiserate with when the progress was slow or discouraging.

In the beginning, my focus was to simply be active six days per week. Activity didn’t always mean going to the gym. Some days, it was walking home from work or going for a walk during my lunch. It didn’t matter as long as I did something other than eat, sit and sleep. As I began to make progress, I started introducing other small changes that, by themselves, didn’t feel radical. I started a food diary using My Fitness Pal. I logged everything I ate and the calories I burned with physical activity. Being able to see the math (i.e. calories consumed vs. calories burned) was very helpful for me.

I became mindful of everything I was putting in my body and started evaluating the cost/benefit. One of the things that helped was going grocery shopping so that I could bring healthy breakfast and lunch options to work. I stopped drinking sugary drinks. I keep healthy snacks in my office for those mid-morning or mid-afternoon cravings.

Generally, I prefer outdoor activities (biking or running), but I live and work in downtown Chicago, which can make exercising outdoors a challenge. I’m fortunate to have access to a gym at both my residence and where I work, which made it easier to remain active during the long winter months. If for some reason I missed my morning workout, I made it a point to get it in after work. Eventually, my normal workout routines became boring and I started taking fitness classes. I’ve become addicted to spinning and high intensity interval training classes. My typical exercise regime includes 3 days of straight cardio and 3 days of light cardio and weight training.

The result has been that over the past 365 days I’ve lost a total of 42 pounds! My advice to anyone who is finally ready to release the weight is 1) Stay committed. It took time to put on the weight and it’ll take time to lose it. 2) Start by focusing on one thing you can do consistently. Once you have that one thing mastered add something else.  3) You can’t outrun a poor diet.  This was the hardest lesson for me to learn.  No matter how much I worked out, if I didn’t learn to control my diet I wouldn’t see the results. 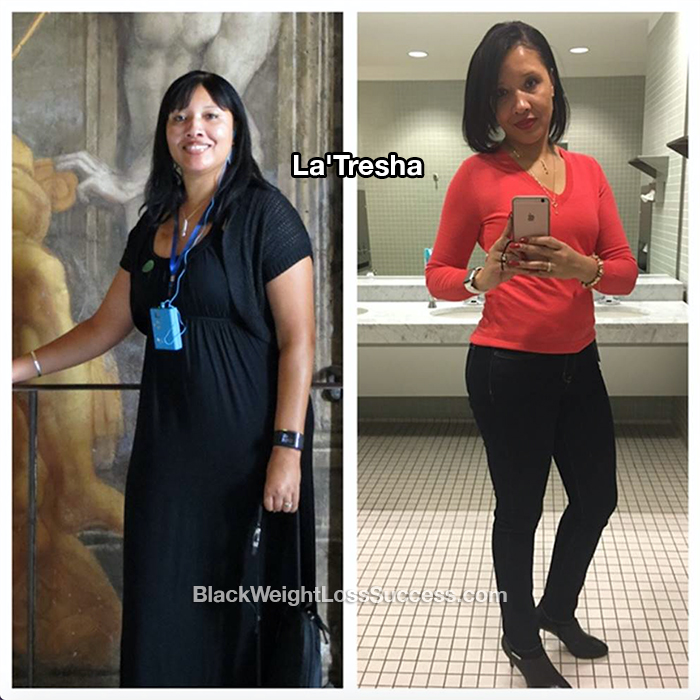