You are here: Home / Before and After Photos / Samantha lost 61 pounds

Transformation of the Day: Samantha lost 61 pounds. At the age of 49, was caring for her daughter through a traumatic health scare. At the same time, she was diagnosed with hypertension and placed on medication. She saw how hard her daughter was fighting and knew she had no excuse not to fight for her own health and well-being. She shared with us how she took action to turn her health around. 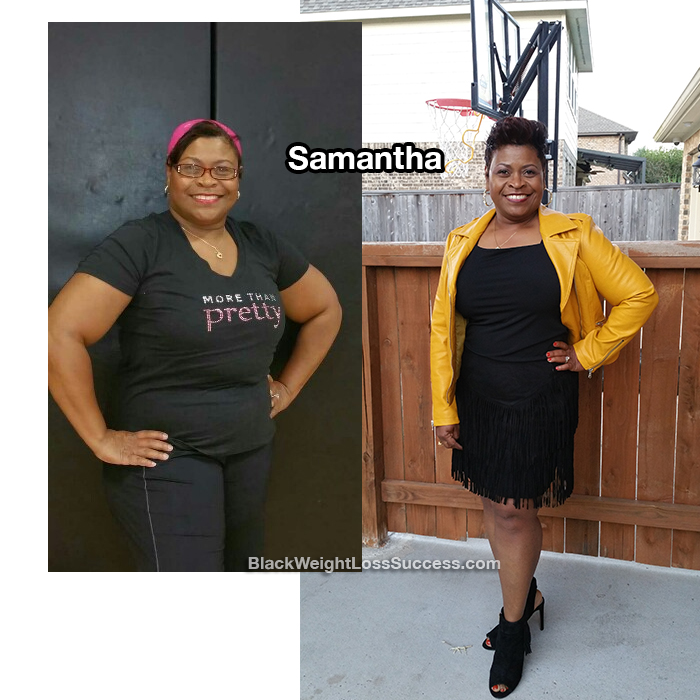 I am an Oncology Nurse Educator who has struggled with being overweight my entire life. I have tried every ‘Diet Solution’ except weight loss surgery. I started my journey in February 2015, so it’s been 21 Months! (still on the journey)

At my heaviest, I weighed 247 pounds and had not been in the ‘100 Club’ in over 23 years. In April 2016 and at the age of 49, after assisting my daughter through a traumatic health scare, I was diagnosed with hypertension and placed on medication. The thought of being on blood pressure medication angered me tremendously and became a driving force to change my life. Most importantly, I wanted to be an example for my only daughter. Even though she’s just 20 years old, she is a pillar of strength and a True Example of God’s miraculous power. She fought to fully recover from her traumatic injury; so, who am I to give up!

At the recommendation of my physician, I began the Weight Watchers program. I had attempted Weight Watchers multiple times, but my life depended on this try. I vowed that this time I would make it work! I gave up sodas and picked fruit over candy and sweets, which had been my weaknesses. I limited my caffeine, and chose water and green tea instead. I also follow the Weight Watchers program very closely. I eat lean protein (mostly chicken, fish, and shellfish) and lots of fruits and vegetables. I limit my intake of beef, fried foods, sugar and starches. I created monthly lifestyle changes for myself. For December, I have incorporated not eating after 8PM.

I work out at least four days a week. I am a certified group fitness teacher, and I teach classes at my church and in my community. I also power walk at least twice a week. Recently, I began strength training.

Advice for those who want to lose weight: Keep Pushing and Praying! Every day is a new day, so don’t beat yourself up. Celebrate the small victories, because they add up! In October 2016, my physician took me off the Hypertensive Medication! In January, I will be blessed to turn 50 years old and it feels great to be Fit, Fearless, & ‘5-Star’! Prayer, exercise and Weight Watchers is a Winning Combination!