You are here: Home / Before and After Photos / Latyria lost 92 pounds

Transformation of the Day: Latyria lost 92 pounds. As a respiratory therapist, she knew the health risks associated with being overweight. Her goal was to be a healthy mother & wife, and she has succeeded. This month, she’s celebrating the one year anniversary of committing to an effective exercise routine she truly loves. Check out her journey. 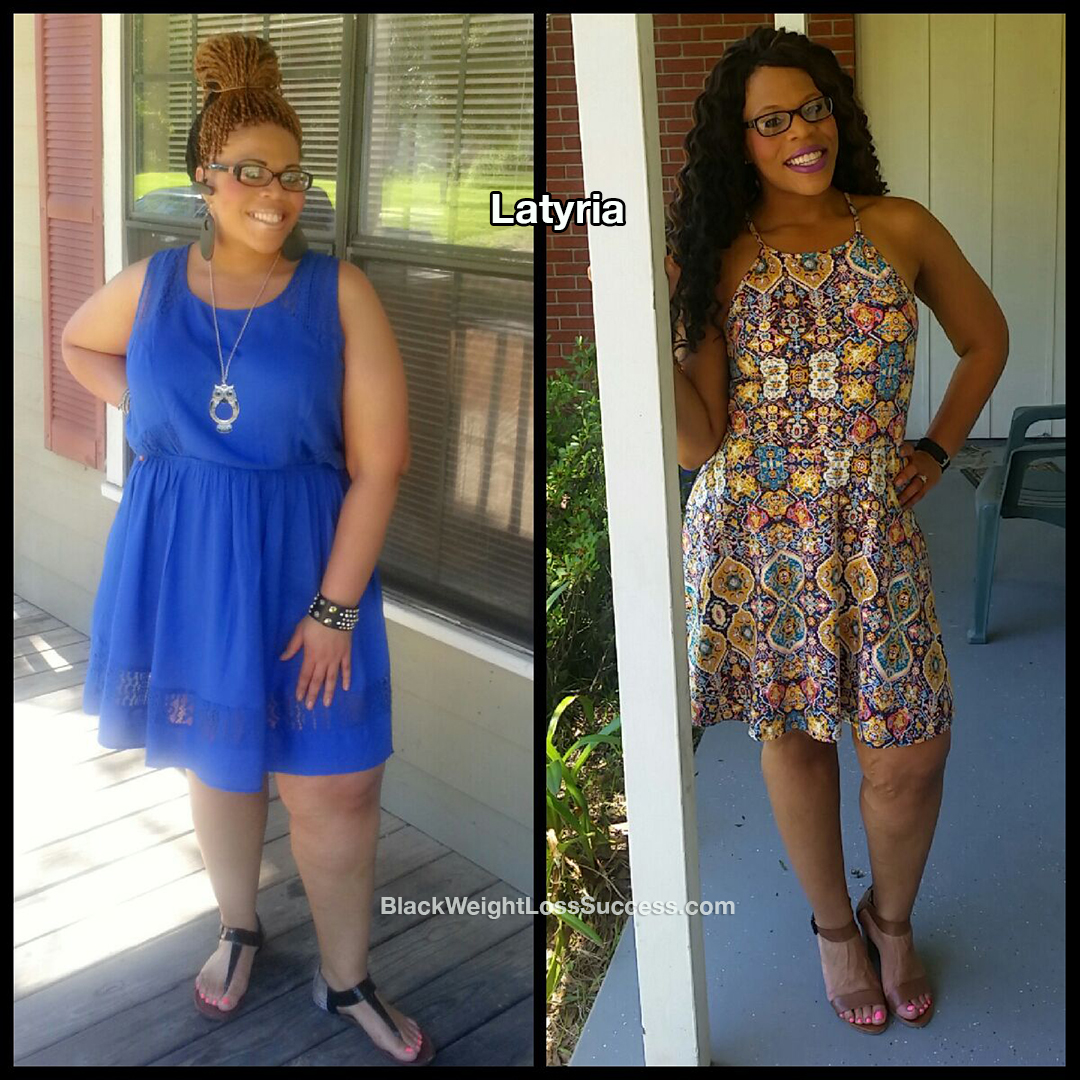 In 2014, at the age of 29, I found myself weighing 270 pounds, happily married, and a mother of a 1 year old. Thankfully, I never had any health issues as a result of being overweight, nor did I ever find myself short of breath or tired due to overexertion. As a respiratory therapist, I knew how excess weight can affect one’s body, overall health, and lungs. I knew I wanted to be a healthy, active mother and wife. In order to do that, weight loss had to occur.

This has been a journey. In 2014, I tried various diets, such as Herbalife. Unfortunately, I could not get past the taste of the shakes. In 2003, while a junior in high school, I started the famous The Atkins Diet. It proved to be successful, and I was able to lose 96 pounds at that point. So, I attempted The Atkins Diet again in 2014 for probably the 10th time. However, I noticed that I wasn’t as successful as I was back in 2003. In fact, I was actually gaining weight.

In June 2016, I joined fitness kickboxing classes. I weighed 235 lbs at the time and was exercising 3 days a week. The issue was that I believed that I could still eat whatever I wanted. From June 2016-December 2016, I only lost 9 lbs. In December 2016, I weighed 226 lbs. At this point, I decided to fully commit to a healthy weight loss, and begin to eat better and healthier by tracking my caloric intake.

Eating Habits: I began with a 1200 calorie diet. I started eating more baked, broiled, grilled and boiled meats, as opposed to fried. I also started eating more vegetables, like corn and peas, and less starchy foods, such as macaroni n’ cheese and potatoes. I also incorporated the use of a low calorie sweetener as well. Instead of eating donuts, honey buns and candy bars, I began eating strawberries and blackberries topped with sweetener. By using My Fitness Pal, I was able to successfully count my calories daily and stay on track. Using this app, a food scale and a measuring cup became my friends.

Exercise: Initially, I joined a one hour fitness kickboxing class, three days a week. When I began to notice that I was making progress, I increased my days at kickboxing class to 4 days per week. Not only does this class focus on core kickboxing and self defense acts, like punches and kicks, but it also focuses on strength and toning. When I wanted to give up, my certified personal trainer/the owner of the kickboxing business would constantly remind me of those “haters” who were waiting on me to fail. This became my inspiration to keep on keeping on!

My starting weight in 2014 was 270 pounds at 5’5″. Currently, I weigh 178 pounds. I am approaching the 1 year anniversary of starting kickboxing. If someone told me this time last year that I would be able to perform half and whole planks, I would have thought they were crazy. The progress that I’ve achieved in terms of both my strength and endurance is absolutely amazing.

I would advise anyone who wants to lose weight to never give up. Be patient, because it takes time. Until you have your mind fully made up, no lasting progress will be made. Being persistent and consistent are both key to a healthy, successful weight loss journey. No surgeries made my journey possible. By simply changing my eating and exercise habits, I was able to successfully transform my body! 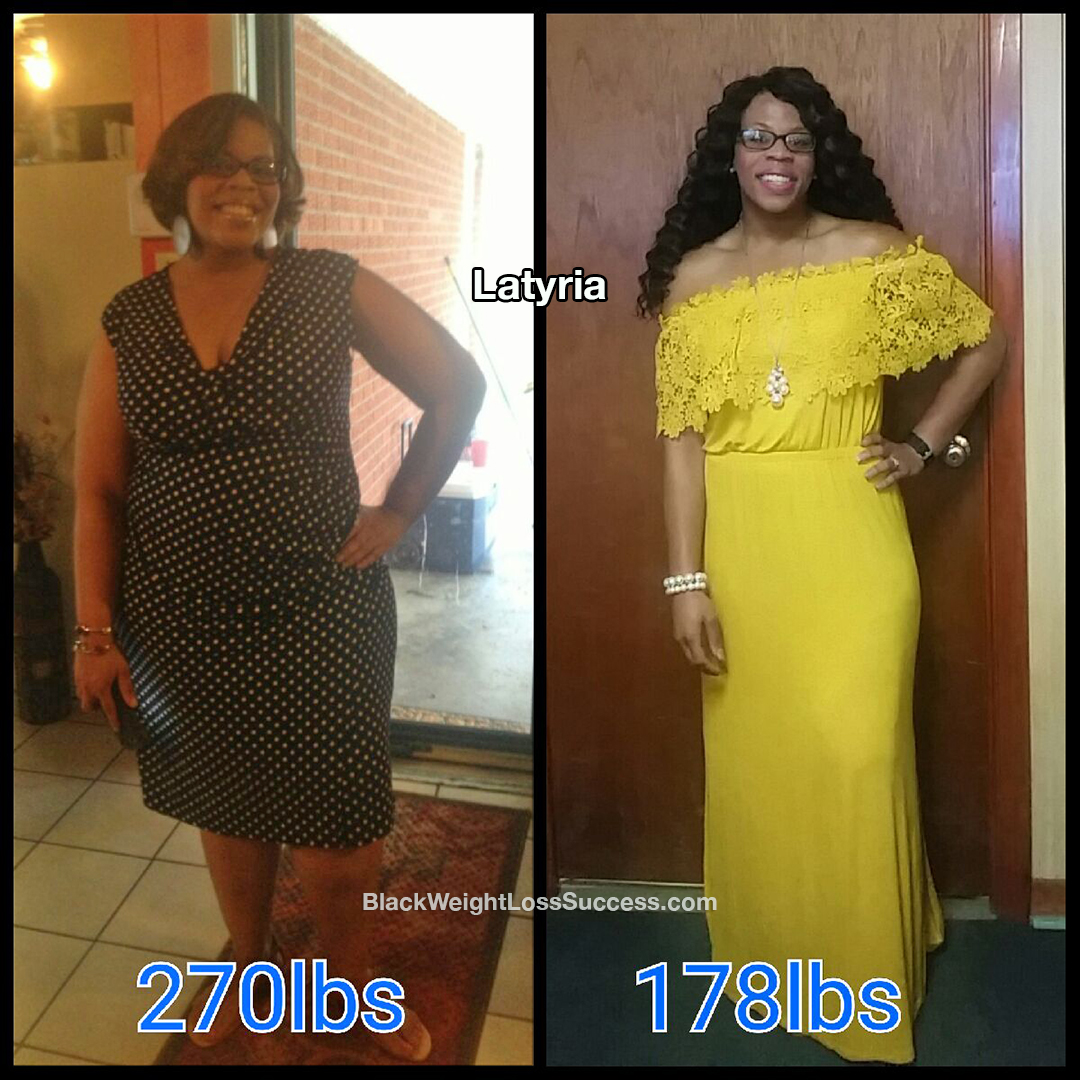