You are here: Home / Before and After Photos / Gina lost 100 pounds

Transformation of the Day: Gina lost 100 pounds. She is the mother of a 16-year-old and a 3-year-old who has Sickle Cell Disease. She made a commitment to releasing the weight and being as healthy as she could be after a harrowing experience when she and her toddler were hospitalized at the same time. Check out how this amazing mom changed her life. 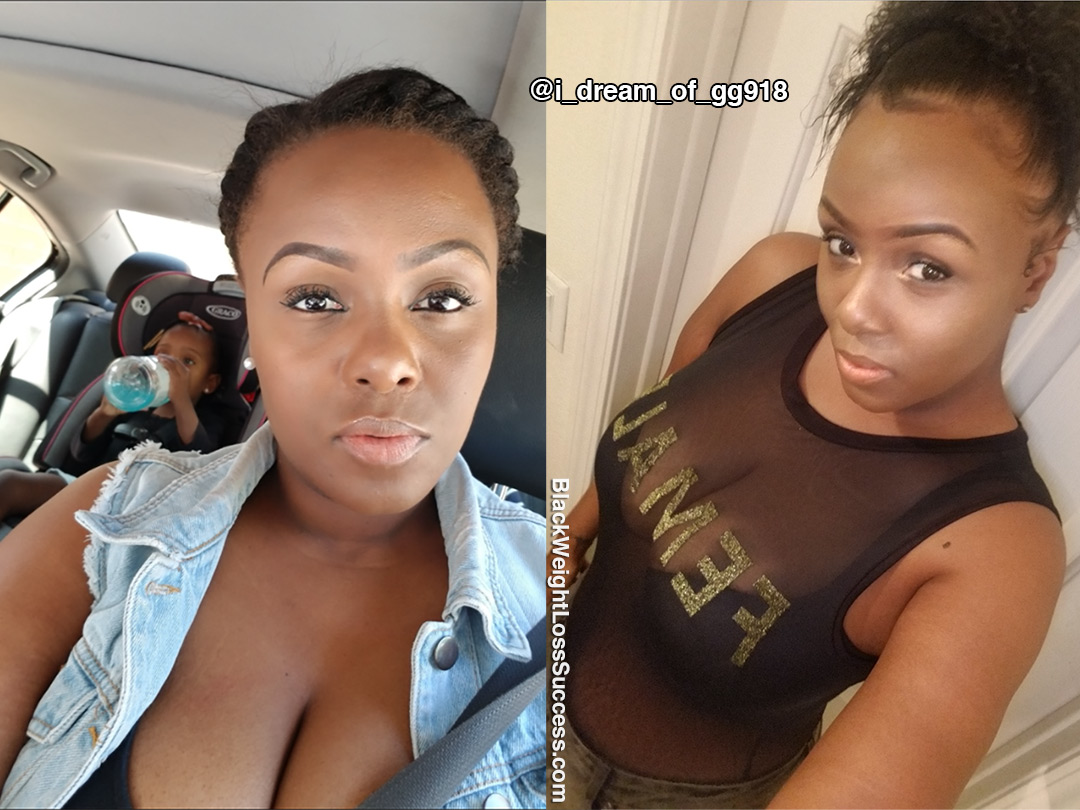 My name is Georgene ‘ “Gina” Glass. I am a 35 year old mother of two, a 16-year-old and a 3-year-old who has Sickle Cell Disease. I had been gaining weight since about 2014. I gained weight after giving birth to my 2nd child (after 13 years) in 2015. I breastfeed her which makes you hungry and makes you crave foods that you don’t usually want because you need to take in more calories to produce milk. I ballooned to my biggest weight ever, 270 pounds at 5’5″. I am curvy, so to most people, I didn’t look like I weighed that much, and I got comfortable.

I would be lying if I said the extra weight didn’t make me less confident. I was mean. I was depressed, and I could barely shuffle around. I was a jeans and heels only girl, and my shoes did not fit. I had to go up a whole size in shoes because of my weight.

Because I ignored my own health, I ended up in the hospital for 5 days because I had sepsis. A CNA came into my room late one night and told me my blood pressure was so low I should be dead. That was scary. The next day my toddler was admitted to ICU at another hospital because of pneumonia. I felt so cold and alone every night in the hospital, and I could only imagine how my two year old felt. I just prayed that we would both be ok so I could come to her and she would be there waiting for me.

As I sat in that hospital and got every test imaginable, I vowed that if the tests all came back negative (and even if they did not), I was gonna get my health and weight in order. I needed to be there for both of my girls. Sickle Cell is an unpredictable disease. To be the caregiver for my child, I have to be physically able, because we don’t know what the future holds for her. I also need to be able to keep up with my teenager because she is at the age when moms need to be quick-witted and quick on their feet to stay a few steps ahead of teens who think they know everything.

Every test came back negative, so it was clear the weight was just a result
of laziness and gluttony. Once released from the hospital, I signed up for 2 gyms. I began to eat less and work out (2 times a day sometimes). In a year, I went from 270 pounds to 170 pounds.

Exercise: I worked out morning and night, doing cardio on a bike and treadmill. I only worked out 2 times a day for 6 months.

My old shoes are too big for me. Now, I’m confident in what I wear now. I am happy to know that I am healthy enough to take care of both my girls, and I plan to be by their side for a long time. I get down on myself because I haven’t started strength training, but I have to remember that I lost 100 pounds and that’s not an easy feat. For 3 years, I weighed 270 pounds. It’s only been a year and a few months that the extra weight has been off. Right now I’m focused on keeping the weight off.

I had the confidence and energy to start the only active foundation in Nevada dedicated to Sickle Cell Awareness, Dreamsickle Kids Foundation. We held the 1st walk for Sickle Cell in NV in 5 years. In a little over 6 months, we have made a lot of progress towards our mission to #MakeSickleCellPopular in Nevada and beyond. I know I would not have had the energy or confidence to achieve this with that extra weight on me. Many find it hard to believe I lost that much weight but I feel it. Now, I can wear a size 11 pants and before I was wearing a size 18. I’m an admitted lazy person, so if I can do it, anyone can.

Advice: Stay consistent. Have faith and patience. It will not happen overnight. I lost 50 lbs before I personally started to feel like I was making progress. I was stuck at 200lbs for a few months which almost got me down, but that did not stop me from staying the course. It’s good to have “Body Goals,” but do not let them consume you or cause you to try to achieve some unrealistic goal. Everyone is different. I’ve lost 100lbs but I want more muscle tone, and I have been slacking on this goal. Instead of beating myself up I look back at where I came from.

Do not let these transformation photos and stories fool you. Most people don’t lose weight and become a fitness guru in 6 to 12 months. Some may have, but for most people, the process has taken years. For me, it will take years because I love food and I am breaking it down into small wins. I lost the weight. I am maintaining my weight loss. Toning will come last. I may eat salad or I may eat a cupcake, depending on the day. However, every day I’m happy, and I accept the person I see in the mirror flaws and all. 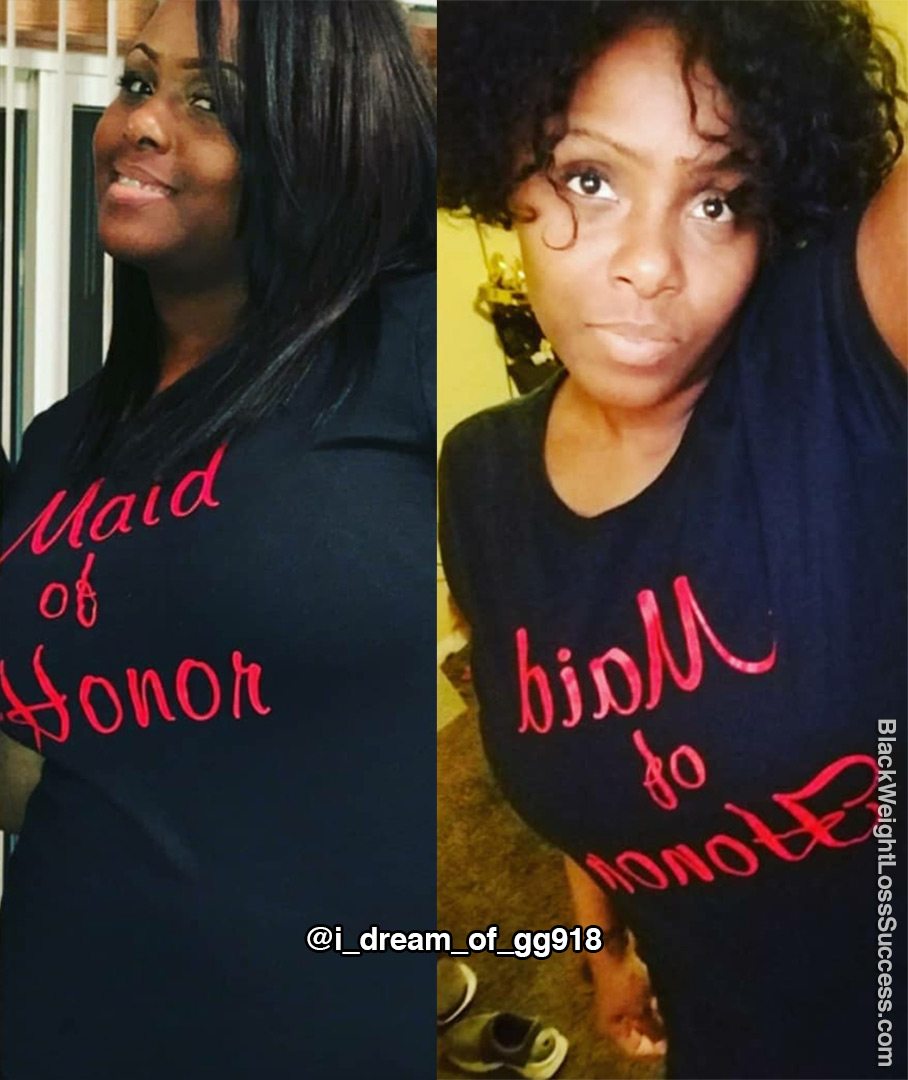 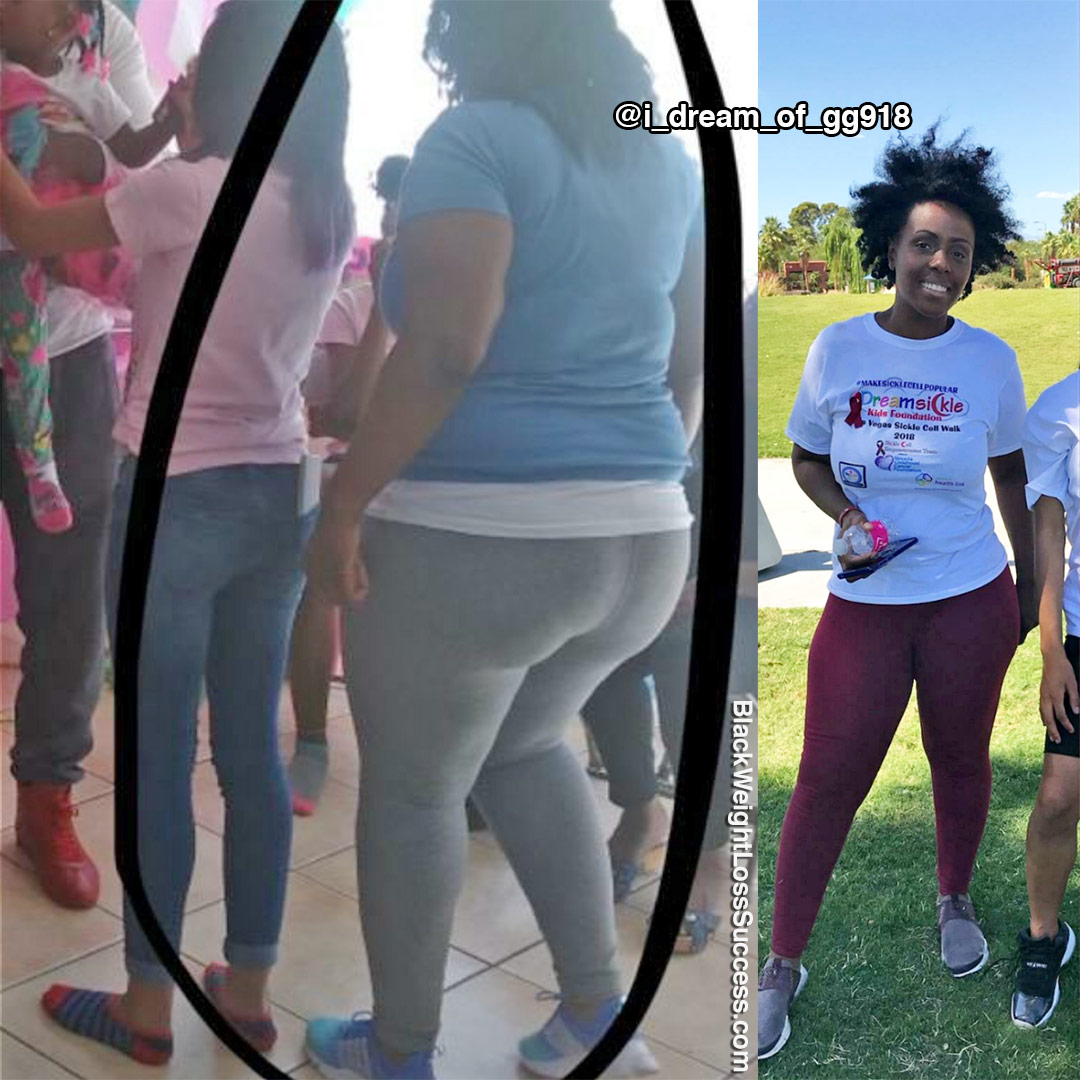