You are here: Home / Before and After Photos / Jarshae lost 80 pounds

Transformation of the Day: Jarshae lost 80 pounds with healthy eating habits and exercise. At 19 years old, she has decided to live her best life. In the beginning, she found motivation in wanting to prove people wrong. Now, she is motivated by what she has accomplished, God, and those who have supported her on this journey. Check out her story. 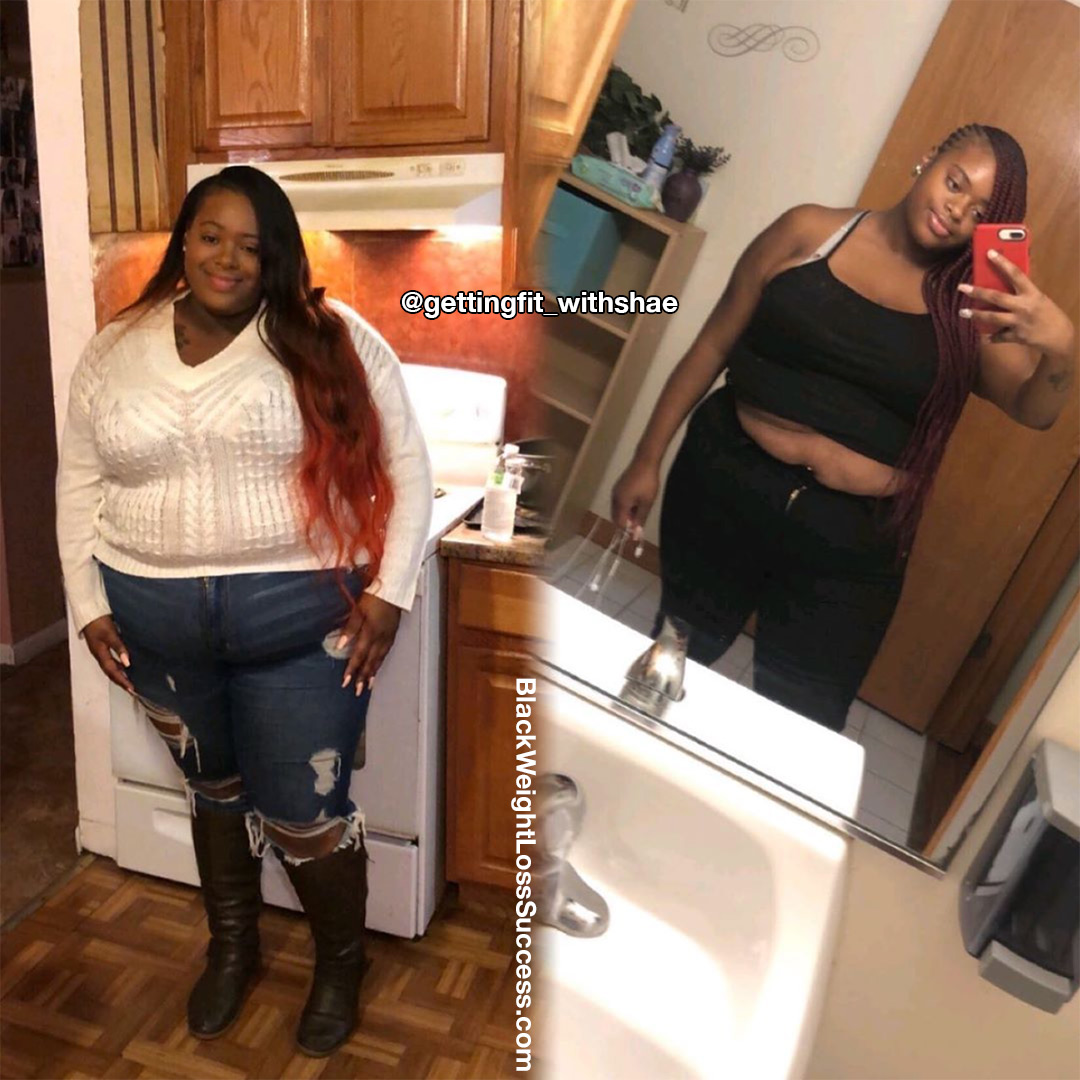 My name is Jarshae, and I’m 19 years old. Since the age of 12, I’ve been overweight (weighing in at 212lbs). I’ve always dreaded getting on the scale. I knew my weight had gotten out of hand.

In December of 2018, I found out at a doctor’s appointment that I weighed in at 320 pounds at 5’3″. I was beyond devastated, and knew something had to be done immediately. I decided that my New Years’ resolution for 2019 would be to lose weight and join the Armed Forces.

In the beginning, I ended up questioning everything about myself and this journey. I told myself I couldn’t do it because that’s what those around me had put into my head. I prayed and prayed. Finally, I realized that this journey was something that would forever change my life for the good.

On February 1st, I started fresh. I kept nothing but fresh foods in my house. I wanted to make sure that I was never tempted to cheat. I gave myself six months of no sugar and no bread.

Some of the healthy food that I would eat included;

I don’t get the chance to work out how I would like to. I work out twice a week due to my work schedule. I focus more on cardio because it’s easier for me. I’ll do an hour and a half of cardio and 45 minutes of weightlifting. I’ll usually go for a walk around the trails before work, walking at least 6 miles.

My biggest lesson I’ve learned so far is to take the journey at my own pace. I’ve learned not to rush things just because I want to prove other people wrong. When I first started losing weight, I was doing it for the wrong reasons. I wanted to prove all of my bullies wrong, and that’s where I messed up. Now, I take it at my own pace.

Advice: I would advise all women to be the best for THEM, not for anyone else. If you are ready to take on this life journey, go for it. Just make sure that this is what you want and that you’re committed. Also, never doubt yourself because then you’re only going to set yourself up for failure. If you believe in yourself, know that you WILL succeed. 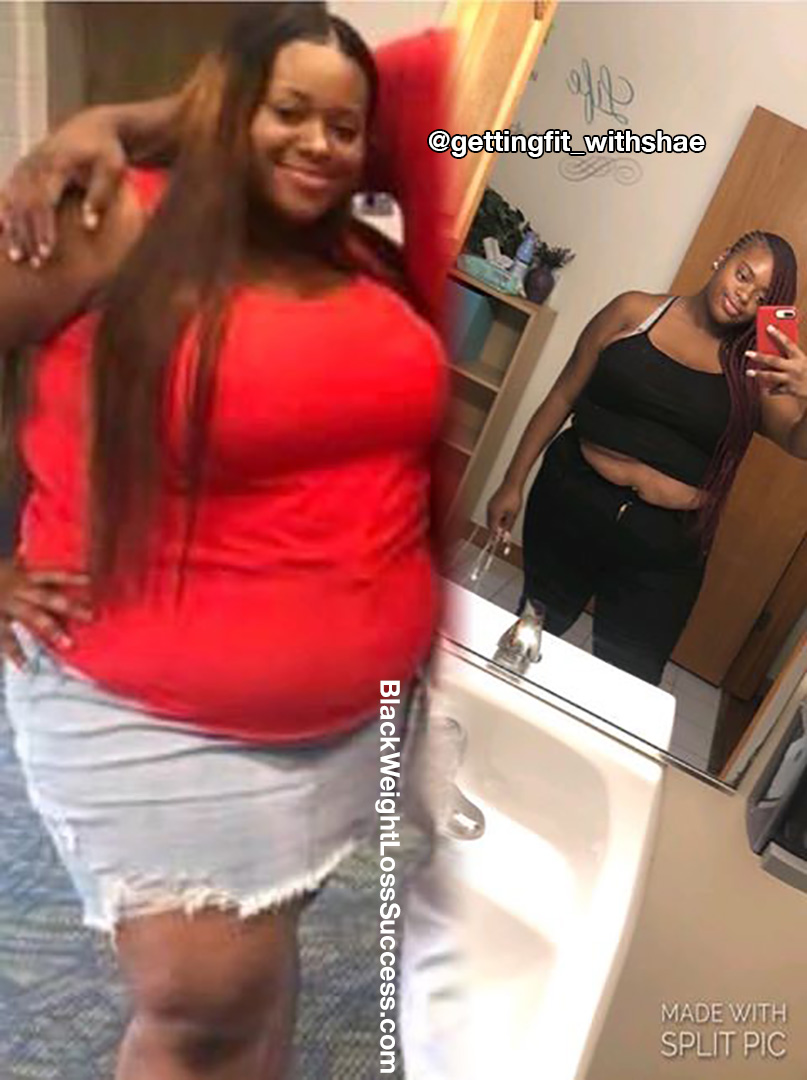