You are here: Home / Before and After Photos / Yvonne lost 28 pounds

Yvonne lost 28 pounds. She was tired of pricking her finger to test her blood sugar as she was borderline for prediabetes. By working with a weight loss coach, she gained the guidance and wisdom she needed to change her lifestyle and release the weight. 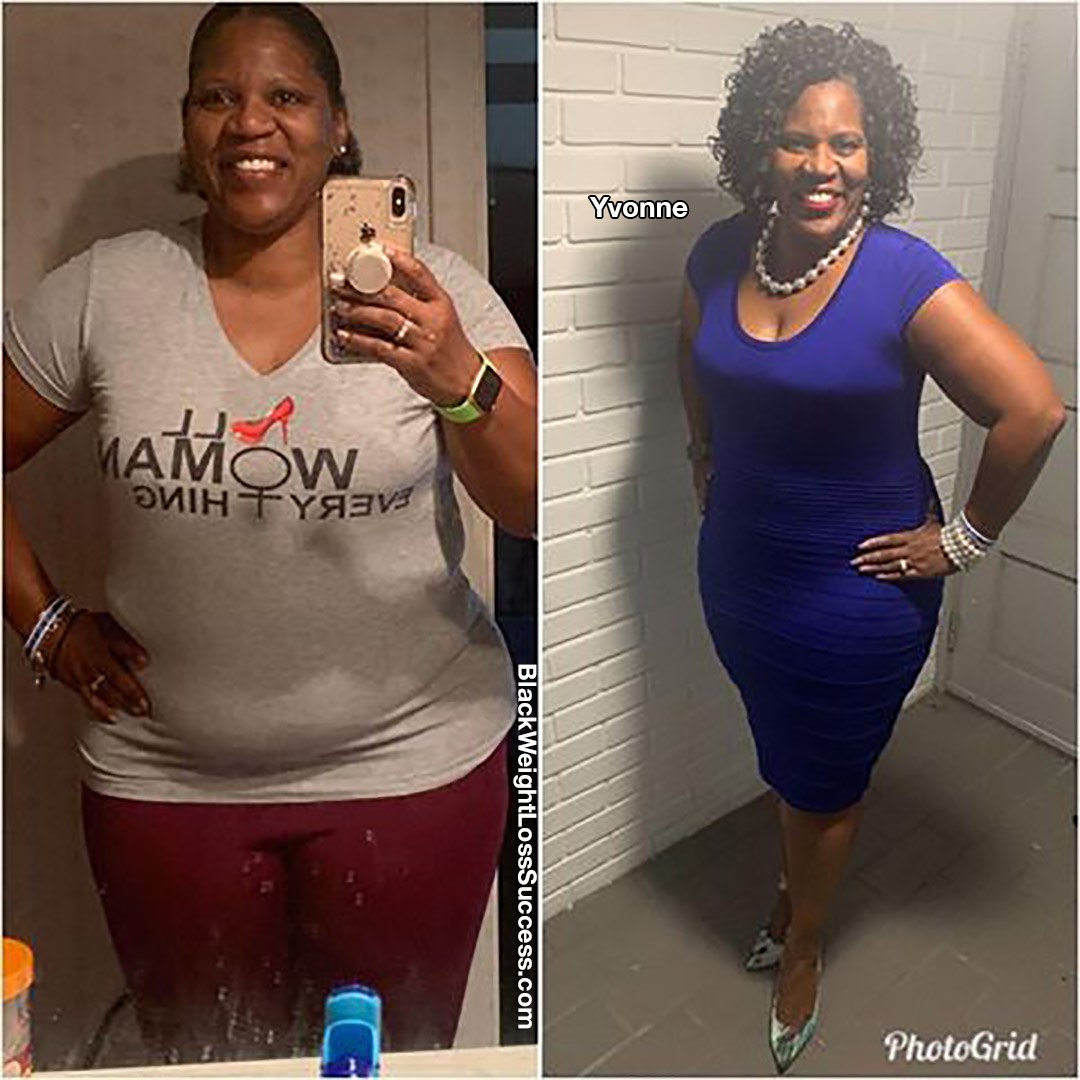 I tried it on my own and lost a few lbs here and there, but I plateaued. I was scrolling through the internet and stumbled across Terry Starks. The ladies in his pictures looked great. I thought, “There’s no way they could have lost that much weight in five weeks. It sounded too good to be true. I initially dismissed the program, but I kept seeing Terry Starks’s pics of these beautiful women who had been struggling like me. When I saw the photos the third time, I said ok.

My A1C was borderline for prediabetes. I was tired of pricking my finger to test my blood sugar. I was also at the highest weight I had ever been: 255 pounds. Whew! I didn’t weigh that much when I was pregnant. It was time.

I reached out to Terry Starks via email, and he responded the next day via email. He called me on the phone, and we talked for almost an hour. He said the words I needed to hear, “I can help you.” Terry’s words were just what I needed to hear. He walked me through his process and broke it down all the way.

The thing that I remember most was that he said, “This is not a diet. It is healthy eating, and you will not be hungry.” He sent the meal plan as promised. I went shopping for meat, spinach, broccoli, sweet potatoes, brown rice. I learned that 4oz is actually a lot.

Terry told the truth. I was not hungry, but you have to be disciplined and follow his plan.

I drank lots of water and exercised—85% diet and 15% exercise. Now, I am on Week 6, and I feel it. My numbers are way down, and my clothes are big, I even had to pull some things from the back that I put away. With Terry’s program, I lost 28 pounds in 5 weeks.

When did you start your journey?
I started on May 29th.

What was your motivation?
My motivation is to be healthy and not having the scare and concern of being prediabetic. Having to prick my finger each day is the worst.

What inspired you when you wanted to give up?
After seeing my initial results from the first few weeks of following the plan, I was amazed. Seeing my personal accomplishment motivated me to continue.

How did you change your eating habits?
I eliminated carbs and sugars. I ate healthy and properly portion-sized meals several times per day to increase my metabolism. Following Terry’s program made it simple.

What did your workout routine consist of? How often did you workout?
I chose my bike. I purchased it ten years ago and never used it. I started by riding in the morning and walking in the evening. Terry recommended cardio for 30 minutes in the morning. Later that increased to 30 minutes of cardio twice a day.

Is weight loss surgery part of your journey?
No.

What is the biggest lesson you’ve learned?
Commitment and consistency pay off. You have to be obedient and patient. Use your clothes as your guide, and know that the scale is not the judge.

What advice do you have for others who want to lose weight?
Take that first step and make yourself the priority. Remember your WHY. Encourage yourself often, sing, and pray yourself through.