You are here: Home / Healthy Eating / Pros and Cons of the Atkins Diet

Just about everyone has heard of the Atkins Diet and depending on whether it is currently in fashion, or passing back out of fashion, you may hear it is the best diet ever – or dangerous. There is a lot to consider when thinking about taking on this diet plan. There are many pros to the Atkins Diet, as well as many drawbacks. It keeps coming around because it is a solid diet plan, it just may not be the right nutrition plan for life.

What is the Atkins Diet (In a Nutshell)?

The Atkins Diet was developed to help people lose radical amounts of weight in a short period of time based upon the knowledge that processed sugars, carbohydrates and natural sugars and carbohydrates contribute to the body storing energy, rather than using it. The diet emphasizes proteins and fats, which may seem counter-intuitive but the fats eaten are transformed into a form of sugar that is easily processed by the body and aids in digestion. The avoidance of carbohydrates also means the diet is useful for managing blood sugar as well. The diet also emphasizes radical control and awareness of the amount of calories taken in. It can be time consuming as everything must be weighed and calculate against your recommended calories intake.

What are the benefits of Atkins?

One of the best known benefits of Atkins is it results in rapid weight loss. The sharp reduction in processed sugars and carbohydrates, plus natural carbs pushes the body into a state called ketosis. In ketosis, the body uses the glucose stored in the liver and fat cells of the body faster. The majority of these special glucose storage fat cells are located around the abdomen, one of the hardest places to lose weight. The high protein aspect of the diet can also increase feelings of energy and the ability to focus. It also results in a much better management of blood glucose levels so it is often recommended to those with type-2 diabetes and pre-diabetic conditions as a dietary means to control their levels.

What are the drawbacks?

There are a lot of potential serious cons to the Atkins diet that you should be aware of, most of them concerning a long term adoption of the diet plan. The lack of carbohydrates pushes the body into a state known as ketosis, while this can provide a fast weight loss initially – it can then turn on the body and begins to destroy muscle tissue. The lack of carbohydrates from grains and vegetables can also lead to significant vitamin and nutrient deficiency, a drop in energy and a decrease in calcium levels in the body. Most concerning is what has been suggested by a series of studies done in England* on the long term effects of the Atkins diet in women. They found that women who followed the Atkins diet for at least 6 months had a 35-percent risk of developing clinical depression within 5 years of starting the diet. What is being investigated is the way in which the female brain uses specific forms of carbohydrates in the supporting glucose mechanism of brain function. Issue is whether the radical elimination of carbohydrates with the Atkins diet may force a female brain into an imbalance that may result in a chemical form of depression that may not be easily corrected.  That’s not a fact, but you should do your research into the long term effects of the diet.

Who is it right for? 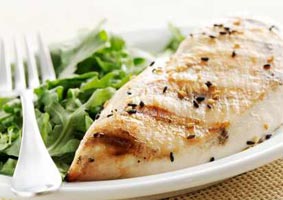 Atkins could be an incredible diet plan for people who need to quickly reduce weight for health reasons. People who are preparing for gastric surgery, who have type-2 diabetes or pre-diabetic conditions or any other condition in which bringing their body weight down as quickly as possible is medically recommended may do well on this plan. For those interested in weight loss, following the Atkins plan for 3 months can be just the ticket to jump starting an entire new lifestyle. You will see quick results and that will help keep your motivation high to make all the other changes necessary.

Who should avoid the Atkins Diet?

First of all, if you are not willing to drastically change your intake of carbohydrates long term, this may not be the plan for you.  Once you start eating processed carbs or carbs banned from the plan again after the diet, you’ll likely see weight gain.  Anyone with a history of an eating disorder, Body Dysmorphic Disorder (BDD) or who has a history of cyclical dieting should avoid the Atkins Diet. It is too restrictive and puts too much emphasis on food and calories for it to contribute to a healthy emotional and mental state with anyone with these experiences. Also, the Atkins Diet is not considered to be a viable nutrition plan for hardcore athletes for longer than 3 months. I would not suggest it be used for longer than 30 days by anyone who is engaged in strenuous physical activity because of the lack of carbohydrates. Many athletes will cycle on and off the plan to take advantage of its fast acting weight loss without also compromising their overall health.

*Philip Cowen, chief of psychiatry at Oxford University in the U.K., reported these findings in a study published in the British Journal of Psychiatry.

Medical Disclaimer – Always consult your physician before beginning any diet or specific eating program.  Some people may have very serious medical issues as a result of drastic changes to the diet or simple changes to their eating habits.  Everyone is different, so you want to make sure that you won’t make any new or existing medical issues worse.