You are here: Home / Before and After Photos / Telita lost 60 pounds with Lap-Band Surgery

Telita recently had Lap-Band weight loss surgery and has lost 60 pounds so far.  She overcame an abusive relationship and chronic pain to find love and greater health.  Here is what she shared with us about her weight loss journey:

First, let me start by saying I have never been a small person, but I was in no way obese.  At 5’8” and 220 lbs I was what is considered in my neighborhood as just thick. However, after becoming involved in an abusive relationship the extra weigh slowly began to add on. After five years in that relationship and two children later I weighed in at 280 lbs. In 2005 I met and fell in love with my husband. Almost simultaneously, I began to suffer from unexplained chronic pain. I went from working every day to going on permanent disability because the pain was too much to bear. After two years of not knowing what was wrong with me I was diagnosed in 2007 with Fibromyalgia, a chronic pain condition that affects the muscles, bones and joint. I began to spend most of my days in bed trying to fight the pain. The pain medicines I was prescribed either made me eat more or not eat at all. I began to notice that my weight was increasing more and more. After having my son in 2008, I realized that I needed to do something more than just waiting for the weight to go away so I began dieting and exercising. The more I worked out the more I would have these bad FMS flare ups that would put me down for days and sometimes weeks. In 2011, I married my husband and after looking at my wedding pictures I decided that it was time to do something about it.

I began to research bariatric surgery. It was something I had thought about before but had never spoke about with my family and friends. I decided that the lap-band weight reduction surgery was best for me because I still had to do work in order to make it work. It was important to me that I didn’t lose weight too fast and drastically, but more consistent and slowly. This was something my husband was completely against. Naturally, he worried of the complications of surgery. However, after assuring him that this was what I really wanted he supported my decision. At the beginning of my testing for the surgery I weighed in at 320 pounds and I was horrified! My surgery was January 3, 2013. Since then, I have loss a total of 60 pounds. My pain level has decreased significantly since I began losing weight. Although I am not at my goal weight yet, I am enjoying the process of getting there. For the first time in my life I enjoy taking pictures. Weight loss surgery is not for everyone, but for me it was the best decision I ever made. 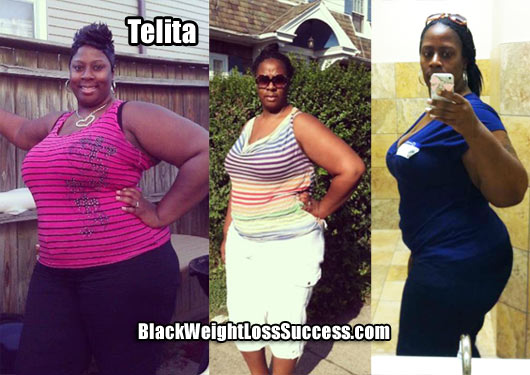