You are here: Home / Before and After Photos / Kourtney lost 189 pounds

Transformation of the Day: Kourtney lost 189 pounds. Her turning point came after being hospitalized and diagnosed with diabetes after she almost had a car accident. Her blood sugar level was 800. With juicing and healthy food, this Delta Sigma Theta soror has reversed the damage she did to her body. She’s also been taken off five medications, including insulin. 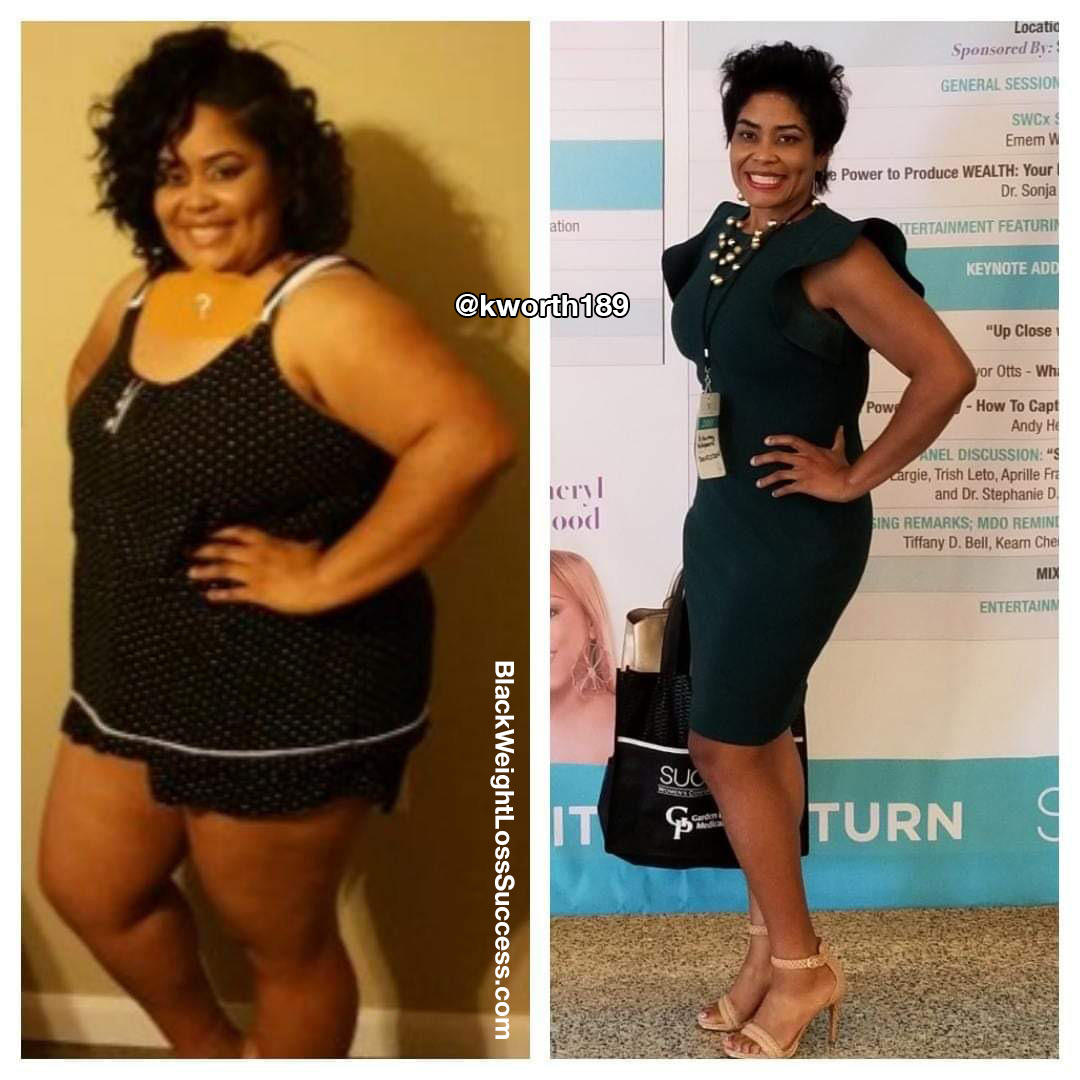 What was your motivation? What inspired you to keep going, even when you wanted to give up?
I was hospitalized after almost hitting a bridge. The doctor told me my glucose was 800, my cornea was swollen, and I was a diabetic. He told me to get used to taking medicine for the rest of my life. I was prescribed insulin and another medicine for glucose. I was also out on two additional medications for blood pressure.

After being diagnosed as a diabetic, I had no choice but to lose weight. Metformin makes you use the bathroom a lot.

The things that kept me going;

Also, I was just starting to live, and I wasn’t ready to die! 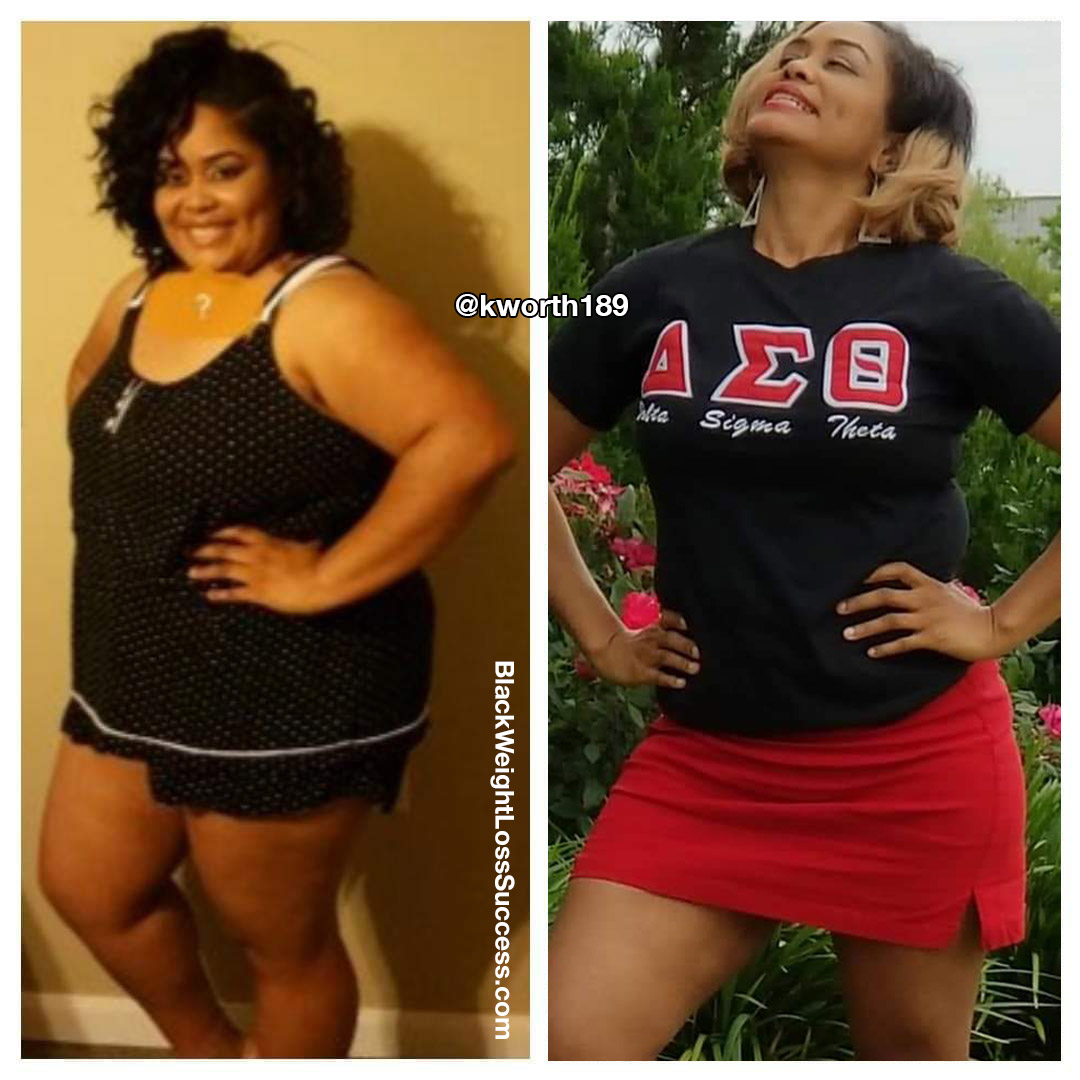 How did you change your eating habits?
I watched a documentary on juicing and reversing the damage you’ve done to your body. I bought the book and the app associated with the movie. I also begin to research things that lower blood pressure.

I began working with a chef, food preparer, and nutritionist. They worked with my diabetic doctor. I had to learn my diabetic timing daily. I would know the times my glucose dropped and when it would normally rise. My nutritionist and trainer had me watch three juicing documentaries that explained the art of juicing.

I completely changed my eating habits. I went on a juicing diet. For three months, I juiced and would have a meal replacement shake daily. After losing 50 pounds, I was worked off insulin.

I was a person that never ate vegetables. I loved sweets and carbs. I began to just eat and juice vegetables. I didn’t go back to eating meat for three months, and it was slowly worked back into my diet. Then my diet was high protein and mostly vegetables. Whenever I feel I have started being sluggish, I do a detox of juicing and cleansing for a week. (I normally do it once every 2-3 months.)

What did your workout routine consist of? How often did you work out?
I worked out every day. I worked with a trainer and started walking in my neighborhood every day!

What was your starting weight? What is your current weight?
I weighed 329 pounds, and I lost 189 pounds! I now weigh 140 pounds!

When did you start your journey? How long did your transformation take?
I had a long journey. I started trying to lose weight ten years ago, but I became consistent five years ago.

What advice do you have for women who want to lose weight?
You know your body. Even when doctors tell you something cannot happen, it can. I have completely reversed the damage done to my body. I came off five different medicines, including insulin. I take nothing now. My doctor told me there is no evidence I ever had anything. She said had she not see it herself, she wouldn’t have believed it. 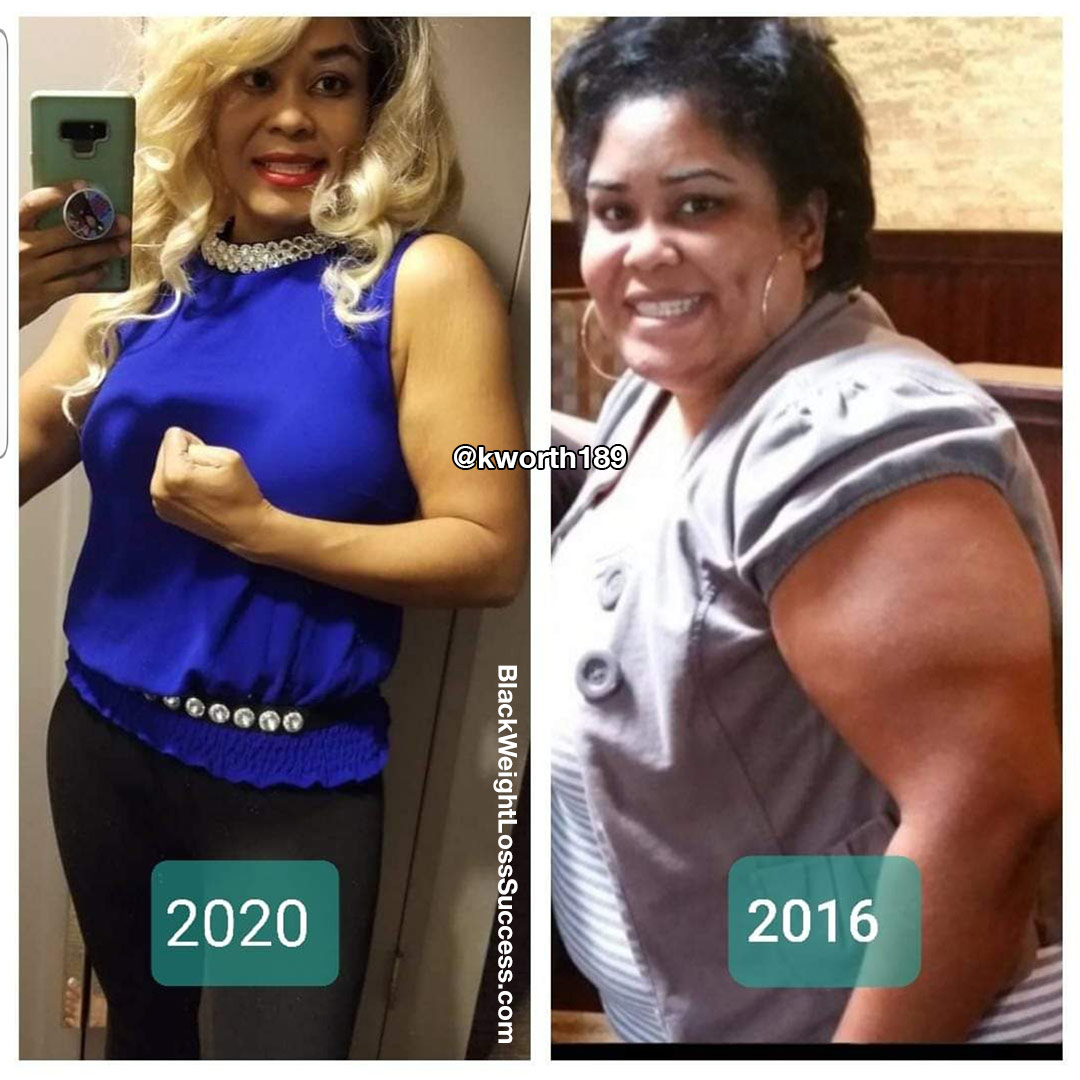