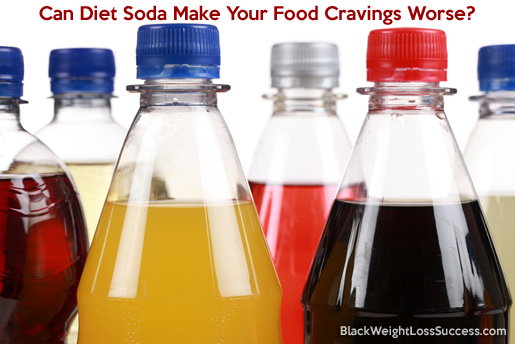 According to this survey, nearly 1 in 5 Americans, on average, consume at least 1 soda per day. Just one serving of soda can be loaded with sugar, dye, sodium, carbs and empty calories. Americans love their soda, but obesity and other health concerns are a serious, rising issue. A lot of people want to cut back on soda drinking, but how do they cope with letting go of their beloved drinks? Many turn to something that is sugar-free and has an attractive name: diet soda.

At face value, diet sodas seems like a really great idea. Lots of flavor and no calories? That sounds like a win. Unfortunately, diet soda may not be all it’s cracked up to be. You still get all the caffeine and potential chemicals. You could also be just as addicted to diet soda as you are to regular soda. Many consumers get so excited about it being sugar-free that they don’t stop to think about how something so sweet could affect their eating habits, health and cravings.

Diet soda is not perfect alternative to regular soda. Many of the same issues of people experience from drinking regular soda coincide with those from diet soda. Caffeine withdrawal, kidney issues and ingesting too much sodium are just 3 examples.

Many people feel that common diet soda ingredients, like artificial sweeteners, are not healthy. Various chemicals and additives that make up diet soda could cause side effects due to intolerance, such as:

(I’ve included some links below for more info)

Negative reactions don’t happen to everyone. Some people feel perfectly fine drinking diet drinks/soda.  This is really a subject where you have to listen to your own body and do your own research.

Sadly, many of the people that decide to switch to diet soda do so because they want to lose weight. In actuality, diet soda may inhibit weight loss and has another side effect- it can increase food cravings.

It’s safe to say that one of the most difficult aspects of a weight loss journey is avoiding bad foods. Many Americans are pretty much addicted to sugar, and stopping a major sweet tooth craving is hard. Diet soda makes for a sweet indulgence that people feel ok giving in to because it doesn’t have sugar. Unfortunately, this can start a vicious cycle of cravings.

First off, recent studies have shown reliably that diet soda increases weight gain. It may sound backwards but it’s true. One notable study was done for the San Antonio Heart Study by The University of Texas Health Science Center, San Antonio. This 25 year study showed that the more diet soda a participant drank, the more they increased their chances of becoming overweight or obese. Percentage-wise, “for each diet soft drink our participants drank per day, they were 65 percent more likely to become overweight during the next seven to eight years, and 41 percent more likely to become obese”.

There are a few theories about why this happens but most agree that is comes down to diet soda drinkers believing that they can either, eat other sugary foods (and more of it) since their diet soda doesn’t have any, or they subconsciously crave sweet foods even more and their willpower is too weak.

The simple answer to whether diet soda makes cravings worse is often a firm yes for vast majority of the population. Even if particularly strong-minded individuals can curb their cravings while still enjoying diet sodas, the question is why? With so many other healthy alternatives to diet soda, why continue to regularly drink soda of any type if you risk potential side effects.  There are so many natural sweeteners and other drinks to choose from that don’t carry the same risks.

Once in a while a regular soda or a diet soda is a nice treat- just don’t rely on it as a form of hydration or nutrition. Water, tea, milk, nut milk, natural no-sugar-added juices, coconut water, and homemade smoothies are all great alternatives that can help you to avoid side-effects or worsened cravings.