You are here: Home / Healthy Eating / How Can Sugar Affect Your Brain?

When it comes to addiction in the United States, one of the most common addictions may surprise you. It’s not alcohol or some illicit drug. In fact, it is something children and adults consume everyday: sugar.  Yes, sugar can be biologically addictive, just like any other refined chemical drug.

A new study published in the American Journal of Clinical Nutrition suggests that, in fact, higher sugar, higher glycemic foods can be addictive.  David Ludwig, author of Ending the Food Fight, and his colleagues at Harvard, in a very sophisticated study, showed that foods with more sugar, foods that raise blood sugar even more than table sugar such as white flour, white potatoes and refined starch have what is called a high glycemic index, trigger a special region in the brain called the nucleus accumbens that is known to be “ground zero” for conventional addiction, such as gambling or drug abuse. – Dr. Mark Hyman, Huffington Post 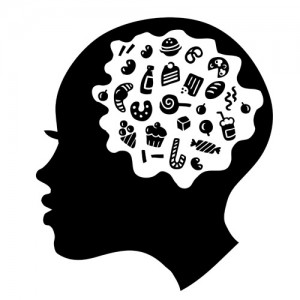 Sugar is found in majority of processed foods that make up a typical American diet, with the average person eating roughly 20 teaspoons per day according to the American Heart Association. To put that in perspective, 20 teaspoons is nearly half a cup. Half a cup of sugar can seem like an impossible amount to consume daily but unfortunately this isn’t the case.

Why is all of this important to consider? It is well known that excessive consumption of processed sugars can contribute to a myriad of health problems.

The Dangers of Sugar

Sugar has a negative impact on health and many of its side effects are common knowledge. Some examples of health problems that have been directly linked to excessive sugar include:

Sugar and Your Brain

It can be a bit shocking to know that a common ingredient in so many foods can have a strong impact on your brain. There are four ways refined sugars have an effect on your brain.

As alluded to earlier, sugar is literally addicting. When sugar is consumed the brain releases dopamine. Dopamine is like a chemical reward for the brain and body. It can occur when people experience anything from gambling to sex or, in this case, indulging in a sugary cupcake. It may seem extreme to compare sugar to a drug but this study shows that the brain reacts very much the same way to sugar as it does to cocaine.

This dopamine release is pleasurable and naturally people want to feel good. Unfortunately, addiction can easily set in as the person makes it a habit to achieve this happy state.

According to a study done by the University of Southern California sugar impairs memory functions. The study was primarily aimed at children though it is generally agreed that the same effect occurs in adults. The hippocampus is the portion of the brain responsible for memory, as well as organization and general information, and is very sensitive to refined sugars.

There is a strong correlation between sugar and mental health, in this case being anxiety and depression. A study featured in the British Journal of Psychiatry found that participants whose diets consisted of processed foods (high in refined sugars) had the risk of depression increase by 58%.

Anxiety from eating sugar shouldn’t be a surprise. Many people turn to a candy bar or similar snack as an afternoon pick-me-up when they feel tired. Sugar gives some energy which is followed by a crash. Anxiety can occur after eating sugary and rather than waking you up it cause jitteriness, inability to concentrate and nervousness. People with no anxiety disorder can experience this. Those with previous anxiety can have their symptoms made much worse.

The brain works to regulate hormones and sugar can wreak havoc on that balance via blood sugar spikes. Sugar affects estrogen and testosterone. When refined sugars are consumed it cause estrogen and testosterone to get bound up in the bloodstream, causing them to increase. Increased levels of hormones can be harmful and due to the connection with insulin raise blood sugar affects fat accumulation. These hormones could also negatively affect mood, cause insomnia, and can exacerbate existing hormones problems like hypothyroidism. (more info on sugar and hormone imbalance)

There are many reasons to avoid sugar. Unfortunately refined sugars are impossible to avoid in a typical American diet consisting of processed foods. For overall health, aim to eat a balanced diet full of whole foods. That means plenty of vegetables, fruits, beans, whole grains and lean meats. Fruit sugars are not dangerous to overall health like processed sugars (they are not usually eaten to excess) but they should be avoided or eaten in moderation if you have diabetes or other issues impacted by high blood sugar.

What should you do?  Here is an overview of why sugar is addictive and what you can do to break the addiction from Dr. Mark Hyman for the Cleveland Clinic.