You are here: Home / Before and After Photos / Marie lost 63 pounds

“I decided to go on a diet last October for my sisters wedding. When I realized how great I felt after losing 15 pounds, I decided to push myself a little more.  Four months later, I’ve lost 63 pounds. I cut out soda, late night snacks, sugars, high carbs and I exercised more. I jogged a lot. I also did Zumba and other exercises at home. I just signed up for a gym near by.  I need to firm up, so I’m going to start lifting weights. I did this not only for myself but also for my 8 year son which I’m raising alone. I’ve always been insecure and it caused me to be an emotional eater.” 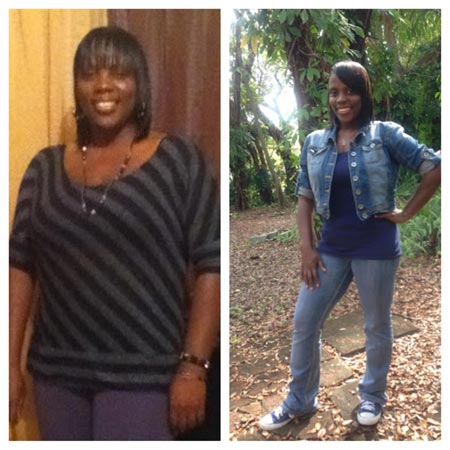