You are here: Home / Before and After Photos / Update: Darlene lost 86 pounds and became a figure competitor

Update July 2014: Darlene lost 86 pounds and became a figure competitor. We featured her story back in December when she was down 70 pounds.  She is down 16 more pounds but she also built tons of muscle during her weight loss journey. Read her update and find out more about her amazing transformation and her recent WINS! 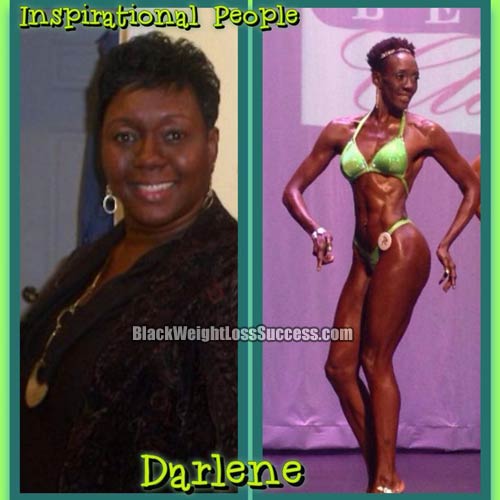 “I participated in my first figures competition last week placing 1st overall in Tall Novice.  I also placed 3rd in Masters and Open Class. I have lost 86 pounds in total and plan to compete again this October. I want to let all women know that if you set your mind straight and stay focused you CAN reach your goals. At 47, I am in the best shape of my life! Feeling Amazing!!!

When I reached my goal weight of 145-150 pounds, I realized that there was something more I could do on my fitness endeavor. I have many friends who competed in bodybuilding, figures and bikini competitions. I attended some of their shows and would always say, “You’ll NEVER catch me up on a stage in a bikini and heels!” Or, “I just want the body, but not the stage!” I used to see the competitions as pageantry in nature, but the true reality is that I felt like that was a goal too far for me to reach at my age. I had sagging skin and stretch marks from having two sons. So, after attending a friend’s show, I asked myself, “Darlene, do you want to do this?, or have you convinced yourself that you can’t do this?” I believe it was the later of the two. I consulted with friends who were competitors, asked tons of questions and did my research. I decided to go for it on Feb 23, 2014, but hadn’t fully committed (financially). I started eating clean, chicken, fish, turkey, egg whites, green veggies and good carbs (sweet potatoes, brown rice and oatmeal). I strength trained 5-6 days a week with lots a cardio to lower my body fat. At the time it was 26%. Over the weeks, I got stronger and gained the confidence I needed to commit. I registered for the show! A good friend of mine helped me with poses and wardrobe. The routine was my invention-I’m from New Orleans-dance is what we do! LOL I took that stage on Jun 28,2 014, after 18 weeks of preparation, with a full time traveling job, two sons, a dog, juggling it all while on a mission. I chose Kelly Price’s song “It’s My Time, because it really was time for ME! I wanted to be an inspiration to all women and motivate anyone who feels as if they are constantly hitting the reset button. I shined up there, and before the awards were handed out. I was already a winner!!!” 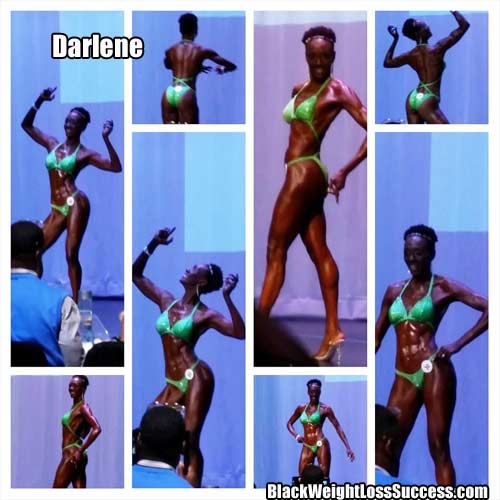