You are here: Home / Before and After Photos / Qui lost 106 pounds

Update: Qui wrote in to share what’s she’s been doing since she shared her story of losing over 100 pounds 4 years ago. She gained some of weight back, but after being diagnosed with PCOS she understood why she’d experienced rapid weight gain and what changes she needed to make to release the pounds. 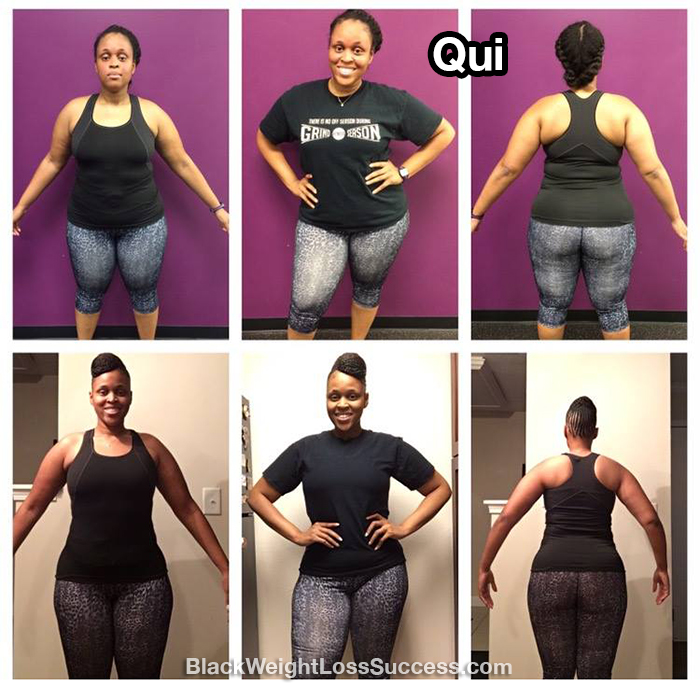 I was featured in on your page a few years ago. So much has happened to me since 2012. For the most part, I managed to maintain the weight loss. However, at the end of 2014 and most of 2015, I gained almost 60 pounds. 30 pounds of thoese pounds were gained in about 5 months. I acknowledge that I fell back into some old habits, but I couldn’t figure out why I gained that amount of weight so quickly.

Later in 2015, I met with several doctors who diagnosed me with Polycystic Ovarian Syndrome which help to explain a lot. I had a glucose intolerance that didn’t wasn’t helped by the amount of carbs I was ingesting. In December of last year, I set a goal to drop half of the weight that I gained and I will continue with the other 30 pounds this year. In the photos, you can see my before and after. I’ve managed to lose a net total of 28 of the 30 pounds I wanted to lose, so I still have some work to do. I am optimistic about meeting and surpassing my goal this year. I can’t stress enough the importance consulting with a physician before starting a diet, because if I didn’t I would have never known about PCOS and how it could negatively affect my results. 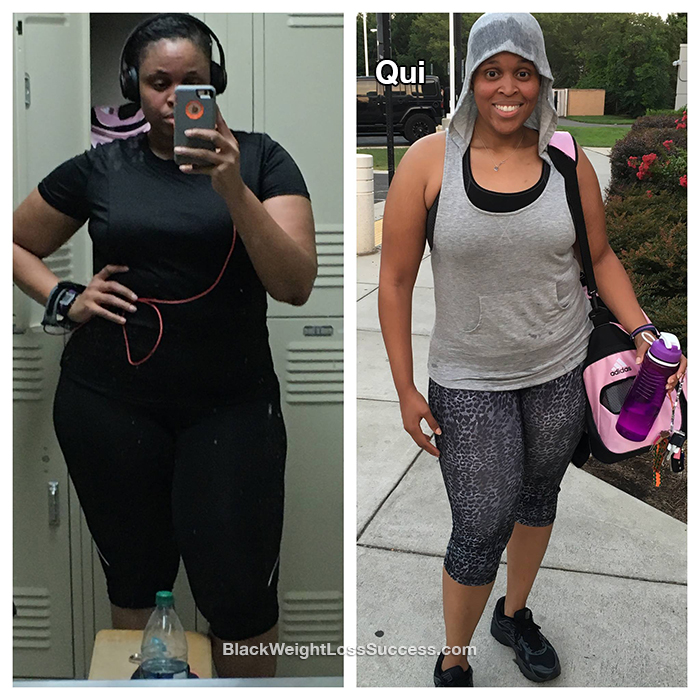 Today’s Weight Loss Success Story: Qui lost 106 pounds! She focused on nutrition and exercise to get the job done. 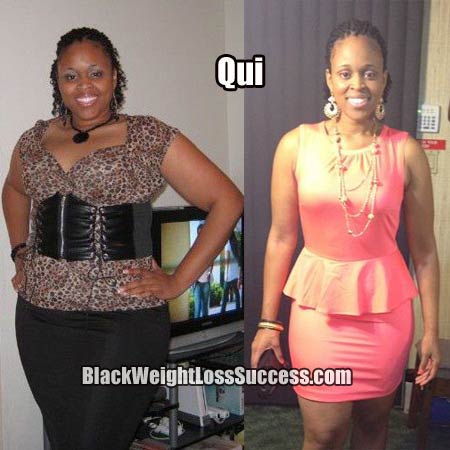 She says,
I absolutely love this site!!!! I wish I would have found it during the beginning of my journey. It is important that we have support during such a transitional period. I lost 106 pounds and finally hit my goal after a few years of struggling. Don’t give up ladies…Keep grinding 🙂  I initially started with my diet. Nutrition is about 80% of the fitness journey. I used the South Beach Diet and the 4 day diet to set the foundation for my current life style. I dont eat white rice, white flour, white sugar, or white bread. I began to do Turbo Jam because I was ashamed to go into the gym. After I lost my first 20-30 pounds I decided to go to the gym. 30 minutes turned into an hour on the elliptical and then I gained enough courage to lift [weights]. Towards the end of my journey I worked out 5-6 days.