You are here: Home / Archives for story 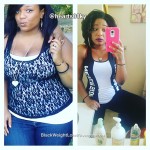 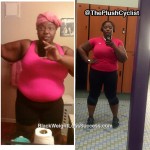 Weight Release Journey: Christian lost 110 pounds. She lacked self confidence, self love and realized that her eating habits weren’t healthy. This blogger learned how to lose weight the healthy way and now she’s sharing her story and love for cycling with the world. Check out what she shared with us. I started losing weight back in […] 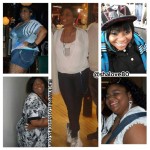 Update: We featured Sha’s story back in June 2014 when she was down 72 pounds.  Now, she’s sent us an update and new photos to let us know that she’s lost another 22 pounds. Hello, I hope all is well. I’m writing you to let you know that I now weight 188 pounds. I’ve officially […] 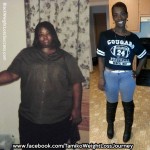 We got an update from Tamiko about her amazing weight loss transformation… “Hello I wanted to give you an update to my story that you posted on 6/16/14. Today, I am finally at my goal weight of 135 pounds. I’ve lost an additional 10 lbs for a total weight loss of 142 lbs. I’ve lost […] 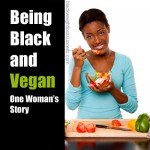 I asked Poet, Author and Vegan Tiara Butler (aka Lady T.). to share with us her thoughts on being Black and Going Vegan.  Her story is heartfelt and real.  Everyone has their reasons for how they choose to eat.  This is just one sister’s story… By: Tiara Butler – IG: @soulfullyspokenspirituals No… it’s not a typo. You […] 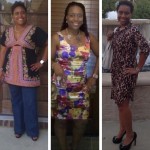 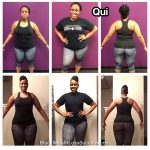 Update: Qui wrote in to share what’s she’s been doing since she shared her story of losing over 100 pounds 4 years ago. She gained some of weight back, but after being diagnosed with PCOS she understood why she’d experienced rapid weight gain and what changes she needed to make to release the pounds. I was featured in […] 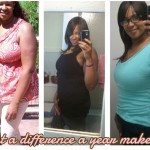 Today’s featured before and after comes from Imani who has lost 40 pounds! She says, “About a year ago I made a decision to loose a noticeable amount of weight to make myself feel good as I made some transitions in my life. I signed up to a gym and began going everyday. I started […] 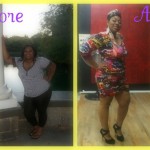 Today we are celebrating BWLW online community member Miami’s 75 pound weight loss! She says, “I began my weight loss journey in November of 2011. After I had my baby I was in a horrible relationship and that caused me to think less of myself and eat. I ate to hide my feelings because I […] 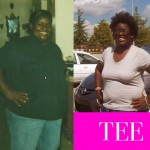 BWLW Facebook member Tina has lost 130 pounds!!! Show her some love for sharing her transformation story with us. She says, “Due to being an intorvert and going through some things as a child, I became an emotional eater. Even though frailty is not a family trait, I was an overweight child, who became an […]