You are here: Home / Before and After Photos / Shirley lost 70 pounds

Update May 2015: I’m now mostly in a size 10. I am currently working with a very experienced, competitor trainer/NPC expediter named Steve Payne. I’m at the point where my weight loss is pretty much complete and it is time to shape my body and Steve is an expert at that. He is one of the owners of House of Payne Personal Training: www.trainwithpayne.com. Steve’s competitors frequently take first place in national competitions and his most recent novice competitor came in second overall! I’m featured on the site from the time. I trained there very early in my journey. When I look at that photo now, I feel downright skinny! I’ve also recently had a skin consultation and confirmed that all of this “stuff” around my middle and back that I assumed to be fat that won’t go away is skin (which Steve had already tried to tell me). I’m trying to find a way to afford this very expensive surgery. I would really love to get this done to complete my journey. I have spent a lot of time trying to build my muscles and it’s a shame that I can’t really see them for the skin. 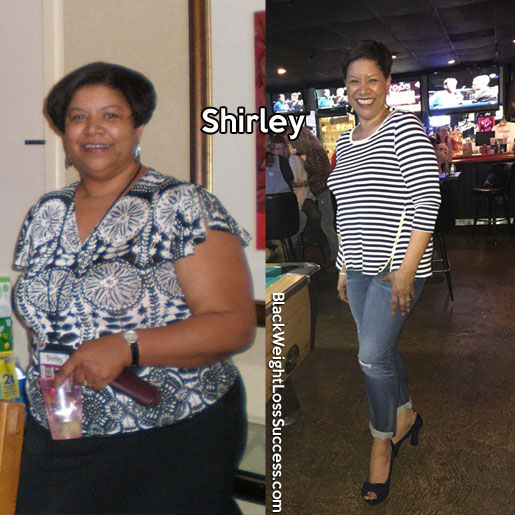 Weight Loss Story of the Day: Shirley went from a size 22 to a size 12 and lost about 70 pounds with the help of some awesome trainers and by committing to changing her life.  Her story shows how a good trainer/fitness professional can motivate you.

I am a 56-year-old single woman. I’ve spent most of my life overweight and had come to accept that I was “just that way.” Don’t get me wrong: Over the years, I lost weight, only to gain it back plus 10. In 2011 after gaining my way back up to a 22, I decided I would be better off not dieting and just staying one size rather than continuing to “yo-yo.” The attorney for whom I worked at the time had another idea. He decided that he would take care of me, even if I wouldn’t take care of myself. He hired my first personal trainer in 2012 and I haven’t looked back.

My first gym didn’t weigh me when I started. They said it was more important how my clothes fit than what the scale showed. I regret not forcing them to do that, though I can guess by sizes how much I lost with them. Even as I began, Steve, one of the gym owners, constantly told me that “the diet is 80%.” I was like, “yeah, yeah, yeah. If I just exercise, it will come off, right?” For the first two sizes, yes. By the time I attended my mother’s funeral one month after I began training, my size 22 pants were too big. I kept stepping on them at the service because in becoming too big, they had also become too long. The next size similarly melted off. After that, my body said, “We’re done unless and until you feed us right.” 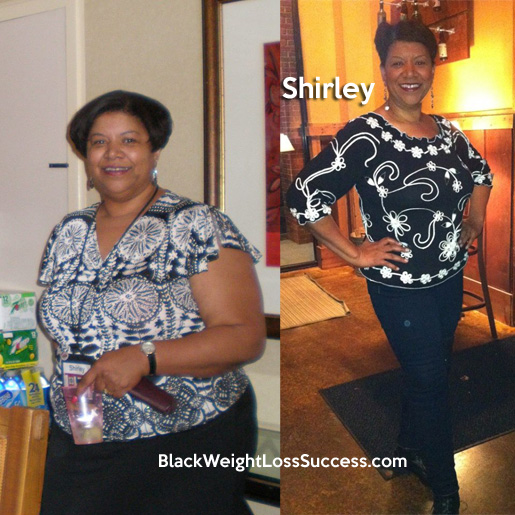 I began trying to figure out how to eat right. I struggled my way down to a size 16 and thought I was the bomb for getting there. There was only one thing wrong: I worked out in a gym that trains competitors. Looking at those incredible bodies made me want more for mine. At this point, I was on my second trainer at the gym but my progress had pretty much slowed to a grinding halt. Enter Lesa to the gym, who took over my training and my eating. Together, she and Rachel, the other owner, introduced me to the “training diet.” I followed it religiously and the weight literally began to melt off. The problem, however, with that diet is that it is a lot of work and it’s not very realistic over the long term. When I got laid off from my job in the spring of 2012 and could no longer afford the large amounts of protein necessary to maintain that diet, guess what happened? I gained back up from a 14 to a 16–in a matter of weeks, even though I tried to watch what I ate. At that point, I decided I needed a change of pace and atmosphere and joined a different gym. That gym turned out to be a bad idea because I let them talk me into joining their group training, where I would eventually tear my left lateral meniscus. In the process, I lost 16 pounds in three months; however, I was once again unable to maintain the weight loss AND I was now injured. I wasn’t, at the time, sure of the nature of my injury as I didn’t have health insurance but I had accepted a position that in 90 days time would give me the health insurance I so desperately needed. In the meantime, the ONE good thing that came from that gym was meeting a young trainer named Dionysis Warren, who is referred to by all as “D.”

D took an interest in me that day and spent some time talking with me about my eating and why I was unable to maintain my weight loss. He and I became Facebook friends, which was fortunate because after that day, I never saw him at that gym (that I would also eventually leave) again. On his birthday in 2014, he put out a call at Facebook for three “models” for “before/after” testimonials. Of course, I applied. I didn’t hear from him right away and assumed I had not been chosen, when I received an email telling me that I had! Imagine my excitement. D was aware of the challenges associated with my as-yet-undiagnosed knee problem. He encouraged me to get it diagnosed so that we could properly deal with it. Let me back up for just a minute and tell you that in addition to being a certified trainer, D is an MMA certified trainer/fighter, and a registered dietician. He is literally the whole package. Most importantly, he cares about the whole person and cares about your success. As I continued to struggle with the food, D would say things to me that would make me later think. He knew that I had to reach a point on my own where I would realize what I needed to do and how to get there. He did it with a very simple statement after I told him that I just HAVE to lose weight. D looked at me and said, “You don’t have to do anything, including losing weight. You WANT to lose weight.” One day, I can’t say exactly when, but that 5-word sentence materialized in my head and I really, for the first time, WANTED to lose the weight.

Because I am challenged for time, I decided to try Jenny Craig. Between Jenny Craig and my elite trainer, I have lost an additional 32 pounds and am now getting into size 12–a size I have never before been in my life. I was a 14 in high school, which was many, many years ago and quite an accomplishment in itself; however, I feel that I can now go wherever it is that I might like to go. In other words, the proverbial sky is the limit for me. I even bought my first page of size 12 skinny jeans. But, I left out a very important part of this story.

On November 24, 2014, I had arthroscopic surgery on my left knee for a torn lateral meniscus and a second procedure called subchondroplasty for bone marrow edema. Basically, I have arthritis under both knee caps (I believe from years of being overweight) and one of the knees began attacking the cartilage and bone underneath. The minimum recovery for this dual procedures is six weeks. I was released on Monday December 29, 2014 after a five-week recovery. Before I began training, my blood pressure was 123/122 with a 91 resting pulse rate. I was a stroke waiting to happen. When my pressure was checked for my knee surgery in November, it was 102/80 with a 71 resting pulse rate. Thanks to the prep work performed by my trainer, a skilled surgeon who loves what he does, and my decision to become more fit and healthy, I defied the odds by healing quickly and by continuing to lose weight even though I couldn’t perform heavy cardio functions. I am on my way to an even healthier and happier 2015. Oh, and I danced in heels for New Year’s Eve.

I would not be where I am without D; I very firmly believe that. Everyone has to find the formula that works for them. I used Jenny Craig for my meals and doing that has taught me how to eat for the rest of my life. Now, I’m ready to move to clean eating to continue to lose and after that, to maintain my new found health. I thank you if you have made it through this rather long story and hope that I can share what I have learned with others. I enjoy encouraging others in eating, weight loss–and quitting smoking. I have been free of smoking for two years after 35 years as a smoker, which is the proverbial icing on the cake for me. I have to estimate my total weight loss, by my own estimate is 70 pounds.