You are here: Home / Before and After Photos / Abi lost 16 pounds

Abi lost 16 pounds. She began her journey a few months ago and is celebrating her progress. Taking action by using portion control, group exercise and drinking lots of water are just some of the tools she used. 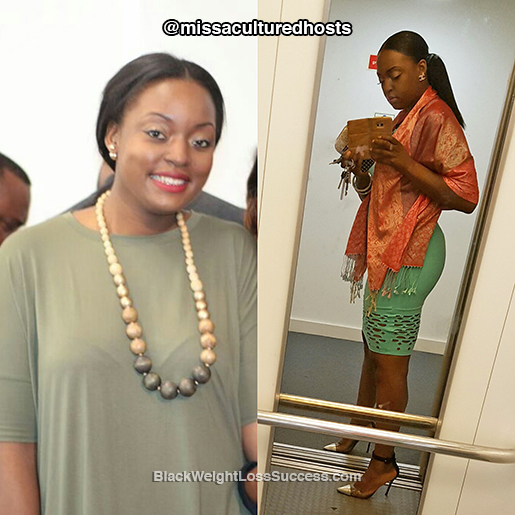 My name is Abi and to be honest I don’t really have a story. I just knew a change needed to be made. I got married last year and gradually started gaining ‘happy weight’. It got to a point where people kept asking if I was expecting…which I wasn’t. I just felt unfit and unhealthy, though my husband never made me to feel that way. I put on that added weight over the course of 9-10 months.

Then, one day, I was trying on something and it did not fit. It wasn’t too tight, it just point blank did not fit. Truth be told it wasn’t the first time either. However, it was this skirt, that in that past had a particularly comfortable fit, that gave me my light bulb moment.

I started in May, but started taking it seriously in July. For me, starting was the hardest part, as I’d always had an excuse. Tomorrow was my favorite excuse, closely followed by “I’m married now and my hubby loves me regardless. Who am I trying to impress anyway?”  Instead of making excuses, I just kept going even when I didn’t want to. I had to keep going to make progress, so I did.

Eating habits: A friend of mine, also on her own journey, said to me, “Abi, you know you love food, nice food, and so do I, but how about you half whatever portions you would normally have. That way you still get to enjoy the food you like.” I also made a decision to stop using the excuse that I don’t like water and started drinking it whether I liked it or not. I now enjoy water because of the benefits I’ve seen, not just in my weight but skin, hair and nails.

Exercise habits: I’ve never been an enthusiastic gym goer, so I had to make myself go. At times, even now, it’s still a fight. I have to keep fighting because of the results I want to achieve. This is not just about weight, but health. I would always go to the gym mainly in the evenings, as that’s when most of the high impact classes are held. Also, I get to catch up with my gym buddies then, which makes the process that more enjoyable.

I workout at least 4 times a week. I do things that keep me interested. I’m a magnet to classes. I feel encouraged working with other people who want similar things. I’m not the girl that can go into the gym and enjoy working out time after time alone. For me, making workout friends has been such an encouragement.

At my heaviest, I weighed 208 pounds at 5’8″ tall. Now, I weigh 192 pounds with a ways to go, but I’m so grateful for the journey. I have not looked back so far and it’s been 5 months since I’ve taken my gym time and fitness more seriously. I still have a way to go, but I’m grateful for my journey thus far. My general wellbeing is so much greater now. I feel more positive.

My advice for others is that baby steps are still steps. Just never stop. Change is inevitable if we keep trying. 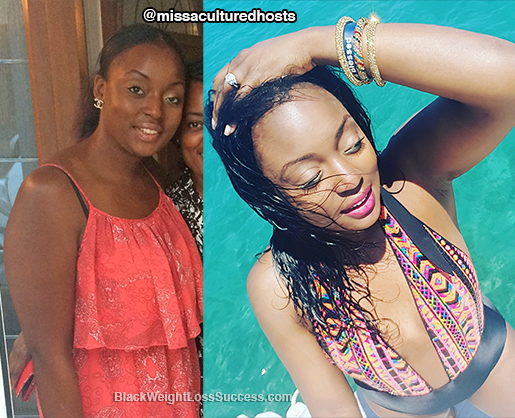