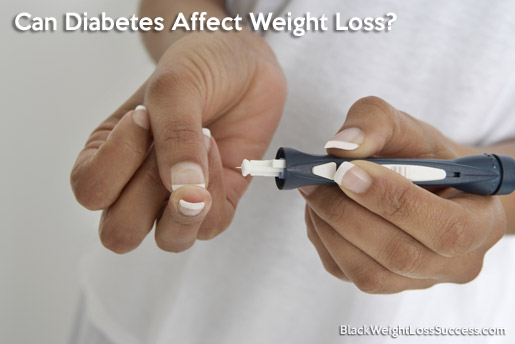 In America alone, roughly 30 million people have diabetes according to a 2014 CDC report. That estimate includes diagnosed or not. Did you know that it’s estimated that 30% of people with diabetes are undiagnosed? Diabetes is a terrible disease that claims close to 3.5 million lives every based on United Nations Health Agency statistics. It’s also a disease on the rise, especially among young people. Needless to say, diabetes is a serious condition that needs to be addressed.

While many conditions such as blurry vision, numbness and excessive fatigue are symptoms of both types of diabetes (type 1 and 2), there is one particular health concern that has been tied to diabetes. Obesity.

Does obesity cause diabetes? Does diabetes cause obesity?

Figures from the U.S. Centers for Disease Control and Prevention reveal that we live in a nation where skinny and normal-weight people are actually in the minority. A third of us are overweight, and another third are so overweight we’re obese. Government figures show obesity rates rising steadily from roughly 13 percent in the 1960s to 34 percent in 2007-2008, with numbers flattening out in recent years.

Diabetes cases have risen along with obesity, with prevalence doubling in the past 20 years. Today, 11 percent of adults over age 20 are diabetic, and HSPH Professor of Nutrition and Epidemiology Frank Hu said he expects the numbers to keep rising.

While not all diabetics are overweight and the majority of people who are overweight aren’t diabetic, there is obviously a case to be made that obesity could be a serious risk factor. [Just an aside: I also want to be sure to note that rapid weight loss can be a symptom of diabetes, especially at the onset. More info on that.]

Which comes first? This is actually a tricky question to answer because studies still don’t give clear conclusions. Based on most research it is generally agreed upon that while being overweight or obese doesn’t mean you’ll get diabetes, it certainly increase your risk greatly. On the other hand you can be within an ideal weight range for your body and still acquire the disease. If that latter occurs, after getting diabetes for whatever reason (perhaps genetics) you could then start gaining weight because of it.  This has a lot to do with the connection between insulin and fat storage.

Why Does Diabetes Hinder Weight Loss for Some People?

While it isn’t impossible to lose weight if you are diabetic, many people with the disease find it to be very difficult. Here are just a few examples of how diabetes make weight loss more difficult:

Hypothyroidism is actually fairly common in people with Type 1 diabetes. Simply put, when your body doesn’t produce enough thyroid hormones hypothyroidism occurs. Common symptoms include fatigue and generally feeling sluggish as well as weight gain. Those with hypothyroidism often have a more difficult time losing weight, which is especially exacerbated if they have diabetes. A change in diet will help but medication may be needed. This is definitely a medical condition that you have to speak with your doctor about for guidance. (more info)

Stress is surprisingly damaging to both mind and body. Too much stress can cause weight gain via the hormone cortisol and make it difficult to lose the weight. Cortisol is released in your body during periods of stress as a means of survival. It can make you feel hungry and even reclusive or sedentary. It is a given that someone with diabetes could easily become stressed. However, many people are dealing with high stress situations in their day to day life these days, from work to family issues. It is extremely important to do things that will relieve stress, like exercising, getting enough sleep and practicing prayer/meditation. You may even want to see a counselor/therapis if you feel like you can’t get your stress under control.

A side effect of some diabetes-related medications include weight gain. If you suspect this is your problem, research your medications or talk to your doctor. One of the most common ways weight gain is caused by medication occurs when someone injects too much insulin. Medication can also lead people to overeat when they have low blood sugar due to the meds. Always take the correct dosage of medication and keep a journal of how much you eat when you begin taking medication.

One of the most common causes of weight loss difficulty associated with diabetes involves hypoglycemia. Hypoglycemia, which is low blood glucose, is a common side effect of diabetes. What happens in this situation is that your blood sugar drops. Typically, you might eat something sweet to bring it up. However, instead of eating a small amount of food and then checking your blood sugar level again, you may instead overeat which can lead to weight gain over time. Prevent hypoglycemia-induced weight gain by monitoring your blood sugar, eating balanced meals and taking your medication properly.

Sleep is vitally important for overall health yet it’s often ignored. Rarely do people get 8 full hours of restful sleep in a quiet room with no lights. People with diabetes may find it difficult to get enough sleep, especially if they are overweight or obese. This is even worsened if they have a sleeping disorder, like sleep apnea. Ensure that your bedroom is a quiet, relaxing place and try to get at least 6-8 hours of sleep every night. Naps during the day may help you if you didn’t get enough sleep the night before.

If you are struggling to lose weight and have been diagnosed with diabetes or pre-diabetes, visit your doctor to learn more about your options. Speaking with a nutritionist or dietician can also be helpful. Seeking help is especially important if you suddenly gain a lot of weight or are working hard at losing weight for a month or two with no success. While diabetes can make weight loss tricky, it is completely doable and necessary for your health.  Many people lose weight while dealing with serious health issues like diabetes, and you can too.