You are here: Home / Before and After Photos / Datasha lost 103 pounds 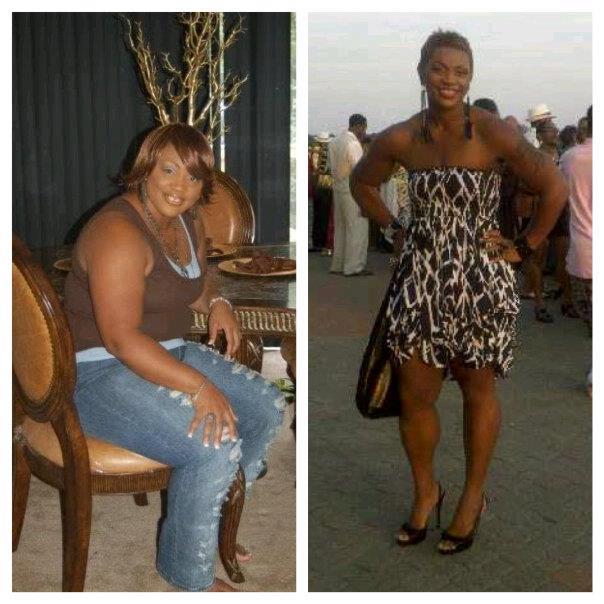 Here is what she had to say:

“Enough was just enough for me. I wanted a lifestyle change rather than a quick fix. For the most part, I’ve always been successful in just about everything I’ve decided to do. However, the weight seemed to have control, literally. I found myself doing extra to compensate for the weight gain. Until I said, Okay something has to give. Get control of yourself, and that’s when I considered Gastric bypass.

After going to the orientation, I was like whoaaaa, that’s pretty evasive surgery. I was under 35 years old and had never had surgery of any kind. However, I had to do something and continued in the process of the six-month weight management requirement, which included visiting a nutritionist once a month for six months. I promised myself and God that I would try to lose the weight without the surgery during the six month time period.

Needless to say I was scared straight! I started to do little by little, I’d never been on any kind of exercise program, and diets – you could forget it. I ate what I wanted to eat and when I wanted to eat it (late night snacking is the worst). But this time was life or death for me…. I meant business—I took back CONTROL over that area of my life. One step at a time…. I started exercising; I began to cut back on how much I ate and lessened my Pepsi intake day by day. Week after week, my old bad eating habits and lack of exercise changed gradually. And yes the results begin to roll in. Every month during my visits with the nutritionist she’d say “you’ve lost more weight?!?!?! And finally she mentioned that if I lost a few more pounds I would no longer be eligible for surgery. Well, I didn’t have Gastric Bypass and have lost over 100 pounds (103 to be exact) and counting….. YOU can too! To God be all the GLORY !”

Learn more about her journey at www.bodybytosha.com