You are here: Home / Before and After Photos / Paula lost 170 pound with weight loss surgery and working out

My name is Paula and I have struggled with weight my entire life.  After my second son who was born in 2002, my weight really got out of control and I knew I had to do something. Over the years, I have tried every diet under the sun and they just didn’t work.  I needed to do something quickly so I could be around for my boys. That is when I decided to have weight loss surgery on April 23,2003. On that day, I weighed in at a whopping 400 pounds (the before picture I took 2 days before surgery). Once I had the surgery, I lost just about 130 pounds and I felt great.  Life was good.

Now, fast forward to 2012.  Still feeling good, but not feeling healthy.  I knew that if I didn’t want to see 400 pounds again, I needed to revamp my eating and get active. So, that’s what I did. I started out by cutting junk foods and making healthier food choices.  I also started working out at home, doing Zumba and the Biggest Loser on the Wii. In 6 months, I lost 30 pounds. Next, I joined a local gym by my home and started taking Turbo Kick classes, spinning, and any other cardio class they offered.  I also joined Weight Watchers, which was a godsend because it helped me learn about portion control and how to really make healthier food choices.  It also helped me dropped another 10 pounds.

Now, I am a GLADIATOR lol.  I take Tabata Boot camp classes at 5:30 am in the morning,where me and several other women go HARD w/the best trainer performing HIIT drills and challenging our bodies. The best part of it all, is that I have also fulfilled a dream I have had since I was a little girl. I am now a full blown RUNNER! I did my first 5K in Oct 2012, since then I have ran another 5K and an 8K in March 2013! My second 8K is coming up in June and then it’s time to train for my first half marathon! Losing almost 200 pounds has literally changed my life. I am am now a much happier, healthier and confident person then I ever was or ever thought I would be. 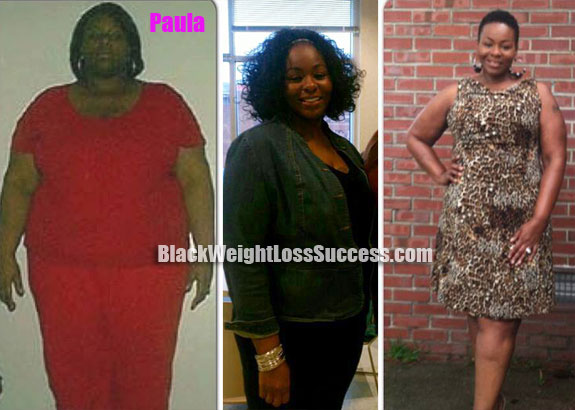