You are here: Home / Before and After Photos / Tia lost 86 pounds

Weight Loss Story: Tia lost 86 pounds. She credits Yacon Syrup as helping her lose with weight.  She shared her experience with this supplement with us… 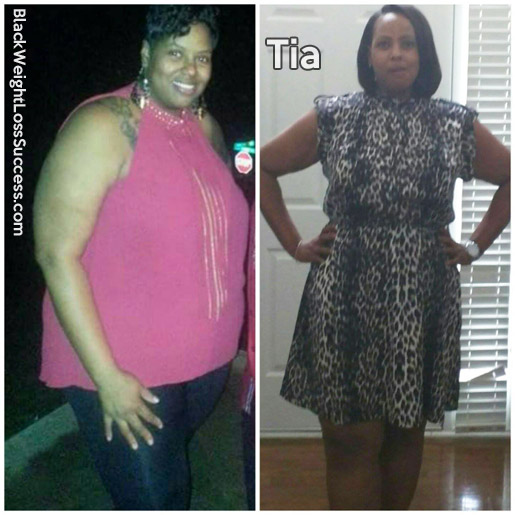 “My name is Tia, and I have tried every diet under the sun. I often struggled with weight loss, due to having children. However, one late night I was watching Dr. Oz and he featured Yacon Syrup as an alternative aid for weight loss. I used all-natural, 100% organic syrup and it worked. I lost over 80 lbs. in less than one year. I was motivated by wanting to be being a healthy parent. I was inspired by the the women in the episode of Dr. Oz. I took the Yacon Syrup 30 minutes before each meal and that began to slow my snacking and hunger pains. Without the starvation feelings, I was able to control what I ate and when. The Yacon syrup is an all natural appetite suppressant, thus, forcing me on to a low calorie diet. I haven’t taken the Yacon syrup since January but I’ve managed to continue to lose weight. I have been able to maintain my urges to eat more, to overeat, and I’ve been able to resist temptation. The benefit of taking the Yacon Syrup is that I did not have to work out.

Now, that I am close to my desired goal weight, I have begun a work out regiment. I do 45 minutes of Cardio at least 3 times a week along with seated weight lifting targeting different muscles. My weight before starting the syrup was 310 pounds and, my current weight is 224 pounds. I am 5 ‘7” pounds. Now, I am an authorized distributor of Yacon Syrup that is certified organic.”