You are here: Home / Before and After Photos / Delisa lost 32 pounds

Weight Loss Story of the Day: Delisa lost 32 pounds.  Instead of a gym membership, she joined a flag football team and a boot camp for exercise.  She changed her eating habits as well.  Find out the details of her weight loss journey: 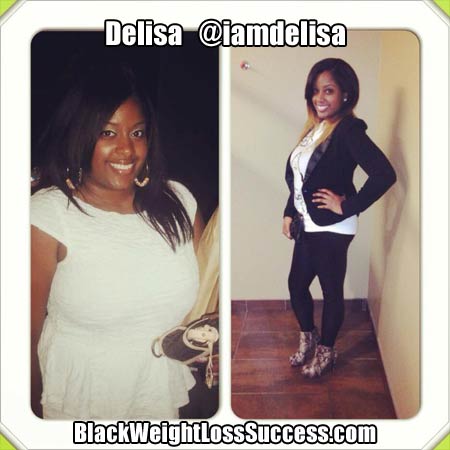 At my heaviest, I was 197 pounds which was in March of 2013. I then knew that I had to do something about it. I knew I was lazy but if I put myself in something fun it would help me reach my goal. I joined a flag football team! I also ate better, drank lots of water and the weight just fell off. Now, since the season is over, I knew I had to keep busy so I joined a bootcamp and I’m sticking with it! I lost my first 5 pounds in July 2013 and I am now 165 pounds as of February 2014! I have made it a lifestyle and I now try to encourage others on their weight lost journey as well on my Instagram: @iamdelisa and my Facebook page.

What I did with regard to eating: I counted calories first. I ate to live and I didn’t live to eat, which is still a challenge. A lot of salad was eaten and a lot of chicken with veggies (they were the largest amount on the plate) and little to no carbs. If I ate carbs, healthy carbs were ok like oatmeal for breakfast, fruit, whole wheat bread or sweet potatoes. I drank only water, no soda, sweet tea or juice for a long time. As far as exercise, since I was on the football team and we conditioned for the season. I did a lot of running and a lot of cardio. I hated running but I would run a lap then walk a lap. The routines and routes we did consisted of running, stopping catching the ball and running again. Basically lots and lots of cardio. I have yet to have a gym membership. I don’t use equipment, I just run or use my body weight to strength train and gain muscle. I sometimes may use a medicine ball or 8 pound weights to add something new to my workout but for the most part cardio, cardio, cardio.

I just want to share a little motivation to let you guys know that this journey is hard as hell and everyday I wake up with my challenge of food! However, I never gave up! I tried and failed many more times than I succeeded, but the fact is I never gave up! I tried diet pills, the Atkins diet and the only thing that truly worked was changing my diet and exercising! You can do it! If nobody believes in you, I do because I did it and I’m still going! I feel better about myself! I have a new found confidence that I’ve never had before! As much as sometimes I really have to drag myself to the gym, I still go! So, please don’t give up just keep going! It’s not going to be easy and it’s gonna take time but just don’t give up! #workout #healthyeatting #loveyourself #healthyandfit 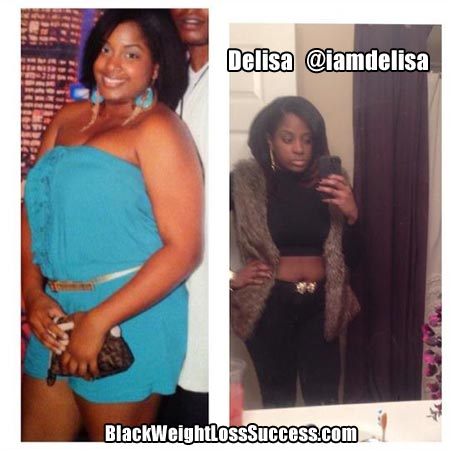