You are here: Home / Before and After Photos / Linda lost 55 pounds

Transformation of the Day: Linda lost 55 pounds in 6 months. She was sexually assaulted as a young woman. That was the start of years of hiding in addictive behaviors, like drinking and emotional eating. After she was diagnosed with several serious health issues, she sought out help and accountability as she began her journey to greater wellness. Check out her awesome story. 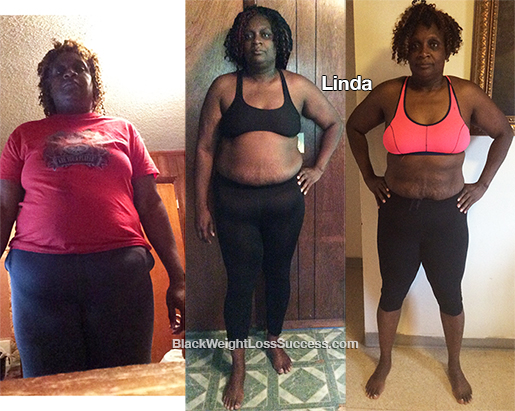 In 2013, I was diagnosed with Sarcoidosis of the lungs, eyes and skin. I was also diagnosed with hypothyroidism and diabetes. At that time, I had allowed my weight to climb up to 304 pounds.

I never had a weight problem growing up. I was an star athlete, the comedian and the life of the party, but no one knew what I was going through. At the age of 16, I was raped by a classmate and I never told anyone. Over the years, I became good at hiding things, like my drug abuse, being in an abusive relationship and drinking alcohol.

Food eventually became my best friend and I used it to comfort me. In 2013, when the doctor told me it would take me 6 months to loose 10 pounds, I was determined to prove him wrong. I had been following Wiltrina Jones and IUTBU for a while, but now it was time for me to join the group. I was skeptical at first because I had tried every diet in the book. After the first month, I was no longer on diabetes medicine and I had stop drinking. That was a big step for me because alcohol was also my best friend. I could drink a half of gallon of tequila in one day with no problem. I haven’t touched a drop of liquor since Jan 4, 2016 and I owe that all to Coach Trina.

My motivation is my health and to also inspire other women who have been through some of the things I have been through. I will be 50 years old in Oct and I want to be in the best shape of my life.

My inspiration comes from the other divas in the IUTBU bootcamp. These ladies are so supportive and their stories give you the strength to go on when you want to give up.

Coach Wiltrina Jones makes our meal plans and we eat 6 small meals a day. She teaches us how to eat the right way and actually I’m never hungry. I am from Mississippi, so the foods I ate were fried foods, fatback, greens with fatback and cornbread and Brims corn chips. I would eat a bag of those chips and a box of moon pies, trying to ease the pain I was going through. When I started this journey, I started eating more vegetables, lean meats, grilled and baked foods. Also I eat carbohydrates, I just eat the correct portion sizes. I also learned how to eat my southern food, just a healthy version. Instead of the Brims, I eat skinny pop popcorn. I also drink a gallon of water a day and don’t drink sodas at all.

My advice for those who want to lose weight: Show up for you everyday. Find what works for you. Get into a group of like minded people who can help you along the way. Always trust in God and fight for you because you are so worth it. If I can do this, so can you. 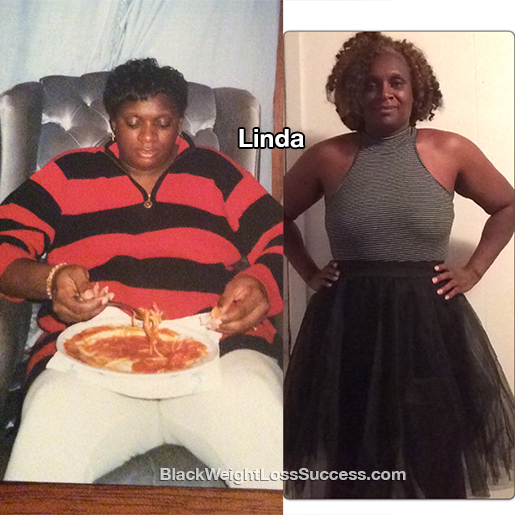