You are here: Home / Before and After Photos / Nekita lost 145 pounds

Today’s featured weight loss success story: Proud Delta Sigma Theta soror, Nekita lost 145 pounds with the help of Weight Watchers and by working out.  Here is what she shared with us:

“On September 8, 2008, I joined Weight Watchers weighing in at 288 pounds. In September 2009, I had lost 110 pounds and was weighing 178 pounds.  In the midst of that, I had my second daughter causing me to gain 85 pounds back but then have a major come back with diet and exercise.   I hit my goal weight in March of 2012 weighing in at 143 pounds for a total of 145 total lost, which I am still maintaining.

I decided to start my journey to a healthier me for a number of reasons. At 24 years of age, I had high blood pressure and had reached a weight of 288 pounds. I’ve always loved to eat, but my love for food was making it physically impossible to enjoy playing and riding roller coasters with my daughter, traveling by plane due to seating size restriction, or even just walking a flight of stairs without taking a break. After suffering much of the humiliation of not being physically able to enjoy life and being at risk for so many diseases mentioned by the doctor, I decided to make the commitment to change my life.

Living a healthy lifestyle has been no walk in the park.  There are good days and most definitely there are the challenging days. Working out and changing the way I eat is no longer a chore just to lose weight, but it has now become a part of my life which motivates me to carry out this habit throughout my daily life.  My advice to others would be if you fall try to pick yourself back up again and start fresh; every day is a new day. Take it one day at a time, and set small goals along the way instead of looking at the ultimate goal. Try not to look at being healthy as a diet which is temporary, but as a lifestyle change that will take time.  Always have the “I can attitude” and be willing to try new things. 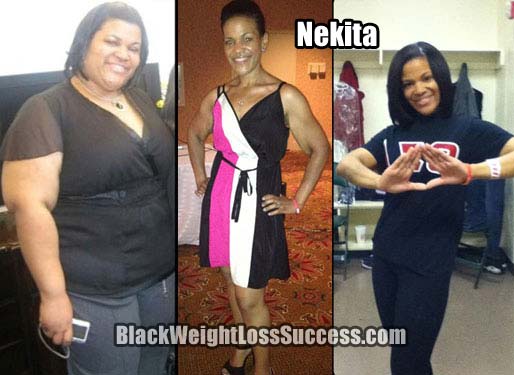