You are here: Home / Before and After Photos / Carmel lost 80 pounds

Weight Loss Transformation of the Day: Carmel lost 80 pounds.  Her motivation began with harsh and hurtful words from her now former spouse. With time and perspective, she found motivation within herself, changed her life and found happiness.  Here is what she shared with us… 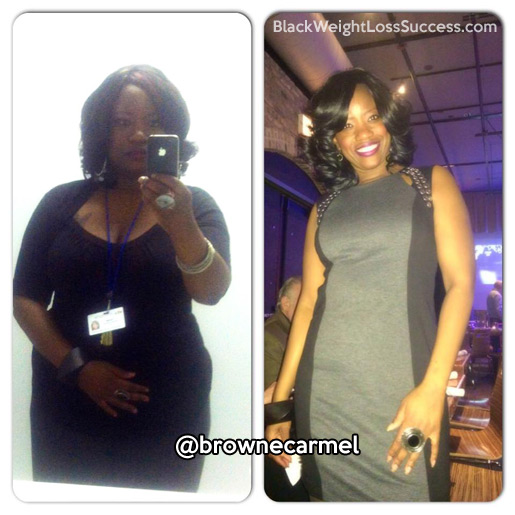 Two months after saying I do, my husband left because he said I was too fat. At first, I was filled with anger and embarrassment. My first thought as I watched him pack was how much I was going to make him regret his decision. The very next day I started working out. I was fueled by rage and revenge. I quickly lost 20 pounds but every moment at the gym was a chore. Every step was torture.

At some point, around the 25 pound weight loss mark I started enjoying the process. I started feeling good and feeling healthy. I started feeling beautiful.  My focus changed and it became about me. I began to understand that a healthy, active and fit me was so much better than the me I was. I started becoming excited about exercise. I started to enjoy the benefits, the compliments, the new found abilities. 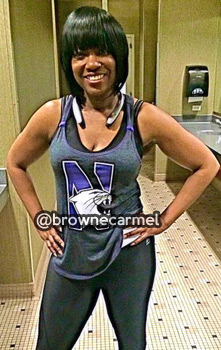 Two years later, I can truly say. “Thank you, John.” Did I deserve to be left? No, I didn’t. No one does. Was I fat? Yes, I was well over 240 pounds. Was I unhealthy? Oh Yes! My knees hurt, my back ached. Walking in heels was becoming a chore. Sleeping restfully was hit or miss. Diabetes and high blood pressure were knocking on my door. Here’s my simple reality: I truly believe that if he hadn’t left I would still be that fat, tired, sickly woman in an unhappy and unhealthy marriage.So, thank you John for leaving me. I truly wish you joy and happiness. Because today I’m healthier than I’ve been in 10 years; I feel more alive and more beautiful at forty than I ever thought was possible in my thirties. I am open to all that the future holds including the possibility of finding true and lasting love. It’s because one day you decided I wasn’t good enough. Today, I can truly affirm and testify that “All things work together for good for them that love God, to them who are the called according to his purpose.”I’ve changed my eating habits three times over the past two years. Initially, I read the book Eat to Live: The Amazing Nutrient-Rich Program for Fast and Sustained Weight Loss, Revised Edition by Joel Fuhrman. I ate a mainly plant based diet with only about 10% meat. I ate a huge salad daily and a lot of fruit and veggies. My protein source was primarily vegetarian meat or soy meat substitutes. I lost 40 pounds with this diet plan and then I plateaued. At this point I reduced the amount of fruit I was taking and cut out added sugar. That helped me to lose another 15 pounds and then I plateaued again. My final adjustment was restricting my diet to 1250 calories a day and utilizing My Fitness Pal to track my intake. I lost a total of 80 pounds.

I work out four to six times per week. I hired a personal trainer and have worked with him consistently for the last two years. I used Couch to 5k and started running on the treadmill. With my trainer, who is an MMA fighter, I also started boxing as a form of cardio. I lift weights three times per week. What was your starting weight? 240 poundsWhat is your current weight?160 poundsWhat is your height?5 feet 7How long did your transformation take?1 year and 1/2What advice do you have for others who want to lose weight?Keep focused, keep motivated but don’t expect progress instantly. Accept setbacks. Don’t punish yourself for mistakes. But most of all, lose the weight for yourself and no one else. Instagram: @brownecarmel