You are here: Home / Before and After Photos / Jennifer lost 35 pounds

“This transformation is brought to you by- ✔️A Shakeology a day ✔️Following the container meal planning system ✔️Piyo (60 days) ✔️2 rounds of 21 day fix extreme (42 days) ✔️Piyo and 21 day fix extreme (21 days) ✔️Hammer and Chisel (30 days) ✔️1/2 of Insanity Max 30 (30 days) ✔️2 rounds of Core de force (60 days) ✔️Piyo to 10k (6 weeks) ✔️22 Hardcorps (current) ✔️Piyo live classes I share this to show you a few things- 1. These programs work- when you commit and trust the process 2. Results don’t happen overnight but they will happen 3. Everyday isn’t perfect there were sick days, rest day, cheat days and I give up days- its always progress over perfection. 4. Its easy to get off track and lose momentum but I’ve found the perfect formula to keep me going- the support of my monthly challenge groups and the best fitness trainers and programs right at my fingertips!“

Jennifer lost 35 pounds. In the past, fitness wasn’t something she had to work at. That all changed after her second pregnancy. After her mom was diagnosed with ALS and the family moved to another state, she was faced with stress and depression. This strong mom found herself in a rut and took action to take her life back. Check out her story. 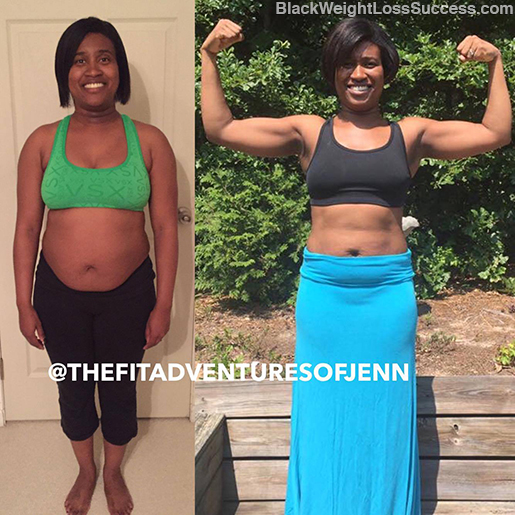 As a dancer/cheerleader, fitness was never something I had to work at. I had always been active and at a healthy weight and body type. I have always been active, but not overly aware of my nutrition. I was also an off and on dieter, usually when I had something to look good for or a big event coming up. Basically, going to the gym and eating fairly well was working for me… and then babies happened. After having my first baby, I worked part-time as a dance teacher and found time to workout 3 times a week through a mom and me bootcamp. I was able get back to my pre-pregnancy weight within 6 months. I was so confident that this would happen again with my second pregnancy, but I couldn’t have been more wrong.

My lifestyle was completely different after my second son, I returned to work within 10 weeks, couldn’t find the time to work-out and was eating fast food daily. When my second son was about 5 months, my mom was diagnosed with ALS causing an emergency move from Virginia to Georgia. Stress, lack of time and slight-depression caused me to gain a lot of weight. I became best friends with yoga pants, leggings and over-sized shirts. I completely lost confidence in myself. I dove into taking care of my mom and children while completely letting my health fall to the side. There were days when I would eat excessively and then days when I didn’t touch anything but chocolate.

In April 2015, I had enough of wearing the same 2 outfits in my closet and decided to make a change. I started of small; eating better and exercising 30 minutes a day (mainly jogging with the stroller and doing Shawn T’s Asylum Abs). I was seeing results but needed more accountability and better nutrition guidance. That’s when Beachbody’s programs and challenge groups completely changed my life. There was something about knowing and seeing other women with similar struggles as me, but still making the commitment each day to do something for themselves that motivated me in ways I never thought possible.

Challenge groups became something I look forward to checking into each day. Staying at home had taken me out of the community and away from the adult interaction that I really thrive on. This was giving me a new way to interact with other people! I had become a challenge group regular and began to see myself as someone who could do more than just post. Coaching became the next step for me and has been my biggest motivator!

Eating Habits: I began eating clean, no processed food or sugar and cut out soft drinks (which was very hard for me). In fall of 2015, I began following the Piyo workout program and in January I added portion control containers and Shakeology to my diet. I workout 6 days a week with an active rest day. I started at about 165 pounds and I currently weigh 130 pounds.

Recently, I decided to up my game. I focused more on my strength and pushing myself past where I’m comfortable. I’ve also started training to audition for American Ninja Warrior with my husband. Without Beachbody programs and the challenge group forum, I would NEVER have had the confidence to even think about doing something like that. This year has been a year of changes, some that really knocked me down and I honestly thought I would just stay down. I am proud to say, I found a way back up.

My advice to anyone trying to lose weigh is Don’t get discouraged. You see all these great transformations out there, but they came with a lot of hard work. Keep going and throw away the scale! The moment I stopped focusing on the number and focused on how I felt instead, the happier I was and the more I kept pushing.