You are here: Home / Before and After Photos / Weight Loss Story of the Day: Kilah lost 97 pounds

Weight Loss Story of the Day: Kilah lost 97 pounds.  Her story was submitted by her loving mom, Stacie. It is so beautiful to see family supporting and celebrating on another.  You never know who is watching your weight loss journey and who will be inspired.  Read what her mother shared to find out how she lost the weight.  Check out her before and after at the end of her mom’s words.

“Hello, my name is Stacie Turner. I don’t have a story to tell about myself, but I do have a story to tell about my daughter Kilah Turner. This is her before/after picture. The after picture was taken on Tuesday May 13, 2014. She graduated from California State University, Fullerton yesterday May 17, 2014. My daughter Kilah has lost 97 pounds in one year. Her journey began in late March/early April in 2013, from just having a conversation with my niece’s God~Mother. My daughter didn’t have any health issues (yet) although diabetes runs heavily in my family. My daughter became interested in how my niece’s God~Mother lost her weight by counting her calories. My daughter then began to do the same thing. She downloaded the MyFitnessPal app and began her journey. Her motivation/goal was to be at 150 pounds by graduation day. My daughter Kilah changed her eating habits overnight. She became an avid juicer. Green Smoothies and Protein Shakes replaced breakfast. Lunch/Dinner was always baked chicken or salmon. She stopped eating fried foods. If eating out, she always asked for the calorie sheet for the menu items. Kilah didn’t eat anything without knowing before hand how many calories it contained. She incorporated daily power walks. She took the stairs on campus to get to her classes instead of the elevators. She didn’t give up even when the scale didn’t tip the numbers. Gradually she began seeing the change in her clothes. As an outsider looking in, the transformation was amazing!! I’m so proud of my daughter and all of her accomplishments, in health, mind and body.” 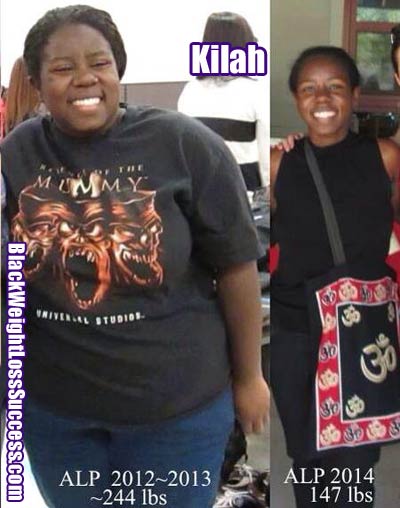