You are here: Home / Before and After Photos / Update: Tory lost 102 pounds 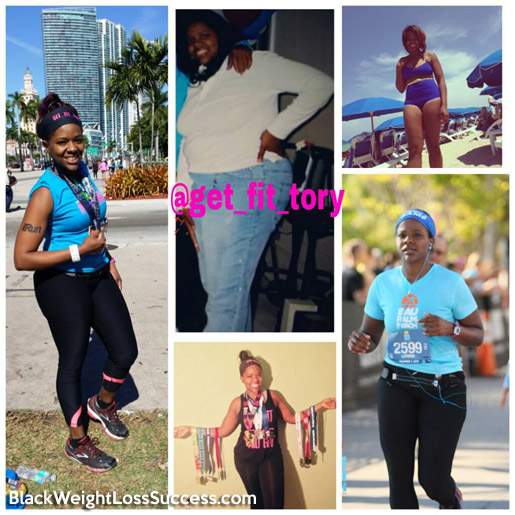 Hi! Last year in December 2013 was my last submission and I would like to submit an update letting others know it’s still possible to reach your weight loss goals.

Well, it has been an entire year and I have been very active. I’m still eating as healthy as possible. Summer 2014 was my first time wearing a two pc bathing suit and I loved it. I’ve ran 5 half marathons and countless of 5k and 10k runs. Now, I’m looking forward to run my first full marathon at the end of this year. I didn’t think it was possible. I was 266 pounds, wearing a size 20W in jeans and I could barely run 30 seconds. Now I’m 164 pounds, running, lifting weights, and eating right. Anything is possible, you just have to believe in yourself.

Read more about how she lost the weight from the feature article from Dec 2013.