You are here: Home / Before and After Photos / Dee Dee lost 44 pounds

Transformation of the Day: Dee Dee lost 44 pounds. A number of factors led to weight gain over the years, including a hysterectomy, yo-yo dieting and the end of a marriage. When her doctor advised her that her weight was putting her at serious risk for diabetes and heart disease, she began taking steps to change her life. Check out her story. 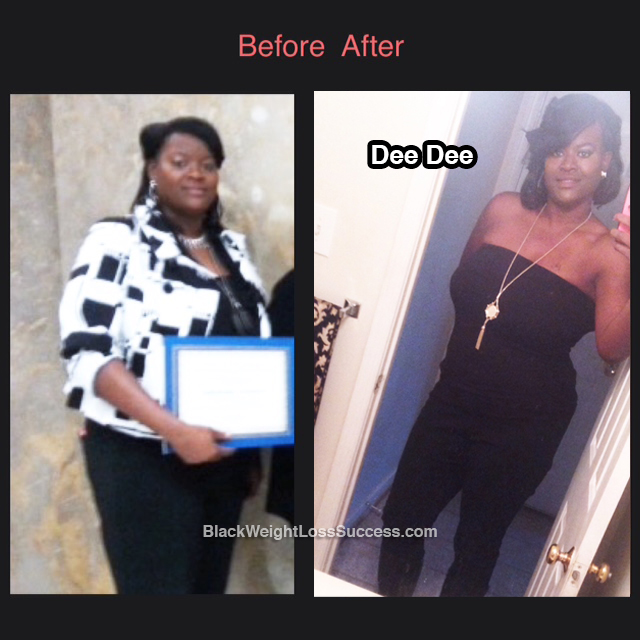 Due to endometriosis, I had a total hysterectomy at the age of 28. I wish my doctor would have told me that women gain an average of 25 pounds post surgery, in the first year alone. Perhaps, I would have traded in my faith in my high metabolism combined with my sedentary lifestyle for an effective workout routine.

In the beginning, I welcomed the weight. My husband was complimenting my curves and I was finally filling out my clothes. At 6’1″ tall, I was not used to having curves. Fast forward 5 years and I’m dealing with an emotional roller coaster of a marriage and attempting to parent as a single person. I begin with the fad diets (the detox teas, meal replacement shakes, meal planning memberships, herbal pills, etc). They all worked wonderfully… short term. As soon as my body became used to them or I relapsed to bad eating habits, the weight returned with a vengeance. It didn’t help that stress was compounding this issue.

17 years later, 2016, I was taking pain medication for joint and nerve pain 3 times per day. I got on the scale for the first time in months and was astonished at the display. It read 278 pounds. My medical doctor advised me that my health issues were weight related AND if I continued gaining weight (in my midsection) at this rate I was a candidate for diabetes and heart disease. Despite a lack of family history, she said it was a matter of when, not if. (No surgery. My doctor suggested the Lapland in 2015 but my health insurance does not cover it.)

From Day 1 of my journey, I started going to The Body Zone, an Herbalife distributor. For the first 3 months, I drank a protein shake and tea for breakfast, which totaled less than 200 calories. This replaced my daily fast food breakfast of Chicken Minis and hash rounds at 920 calories. I also started meal prepping weekly, having salads for lunch as opposed  to eating from street vendors.

Initially, I worked out 5 days a week doing 45 minutes of cardio and 30 minutes of resistance training. Because my workouts were so intense, my doctor advised that I eat 1 grilled chicken breast and 1 veggie for dinner. Before this, I’d rarely ate dinner before, because I ate so much for breakfast and lunch.  I reduced my intake to 1200 calories per day for the first 90 days. Within 60 days, I lost 22 pounds.

After hitting a plateau, I switched to Body By Maria, a bootcamp program. I went 3 times a week. Once I switched to bootcamp, I developed more discipline with my food intake. I limited my Herbalife shakes to weekend only for breakfast. These days, I enjoy a Nutrigrain bar,  fruit and water for breakfast, a salad for lunch, and a light dinner. I still average 1200 calories per day, but I’ve expanded my food choices. For example, I’ve never liked squash or carrots but I now include them in juicing.
I have eliminated approximately 90% of my soda and dessert intake. I’ve also gone from a weekly cheat day to a monthly cheat day.

Advice for others: Start your journey immediately. Do not put it off for “After the holidays” or “When my schedule becomes manageable”. Your weight loss journey is for you, but there are friends and family counting on you to be around for a long time. 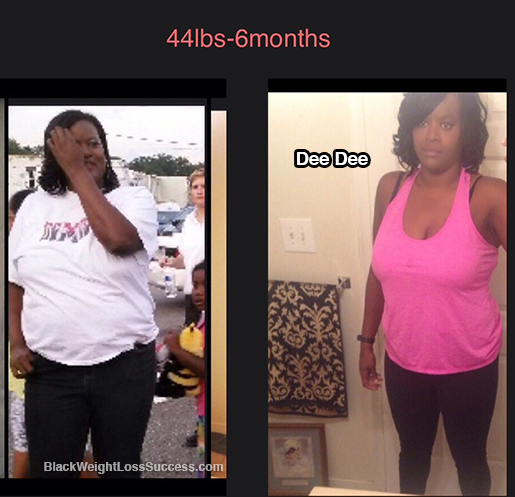