You are here: Home / Before and After Photos / Faren lost 80 pounds

Today’s weight loss before and after story: Faren lost 80 pounds by exercising (sometimes with Zumba for her Wii) and low carb eating.  Here is more information about her weight loss journey:

Hello, my name is Faren and I started my weight loss journey July 1, 2012. I  reached the highest weight I had ever been at 312 pounds. I tried to fool myself daily saying my weight was not out of control but it definitely was.  I needed that aha moment. One night, I was having dinner with my sister who, at the time, weighted half of what I did. I asked her if she wanted to share a calorie filled appetizer to which she declined, saying she was watching what she was eating because she wanted to lose weight. Sitting there twice her size, was the moment that I knew it was time to make a change. I credit that night and my sister’s positive example and motivation to the success I have had this time with weight loss.

The next day, I went to the store and purchased a Wii and Zumba game and began to work out consistently. I did Zumba at least 4 times a week in the beginning months. I tried to switch up my exercises when I began to plateau by joining Planet Fitness and working twice a week with a personal trainer. I also began a low carb lifestyle and limited my carb intake to 50 grams per day.  I also limited the amount of red meat I would eat. Using MyFitnessPal also helped me a lot in tracking my food intake and showing the nutritional information of the food I planned to eat.  I have lost 81 pounds thus far and currently weigh 231. My goal is to be in “One-derland”, aka in the 100’s. I haven’t been under 200 pounds since middle school. I still have a ways to go but this site has really inspired me and I hope my story can do so to others as well. 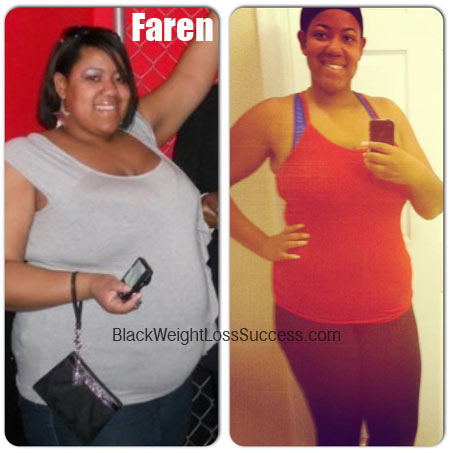