You are here: Home / Before and After Photos / Natalee lost 186 pounds

Update – Congratulations to Natalee! She is featured in the 2016 edition of People Magazine’s Half Their Size issue. She is the 6th BWLW Sista to be featured and we are so excited for her. Make sure that you pick up the issue! 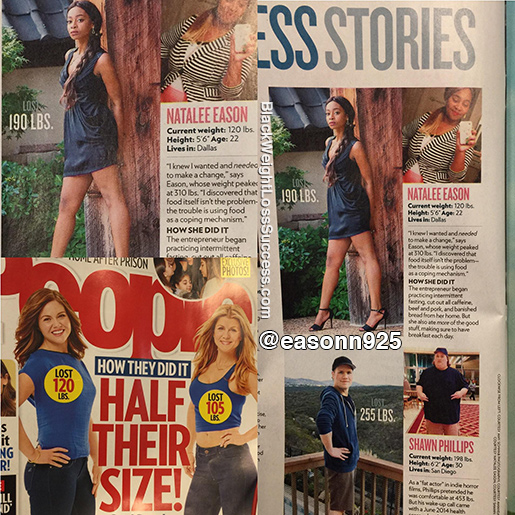 Oct 2015 – Transformation of the Day: Natalee lost 177 pounds. At barely 19 yrs old and weighing over 300 lbs, this young lady took the time to do her research and teach herself how to transform her body through mindset, casting off misconceptions and changing how she thought about food.  She has chronicled her weight loss journey on Instagram and has some great insights to share. 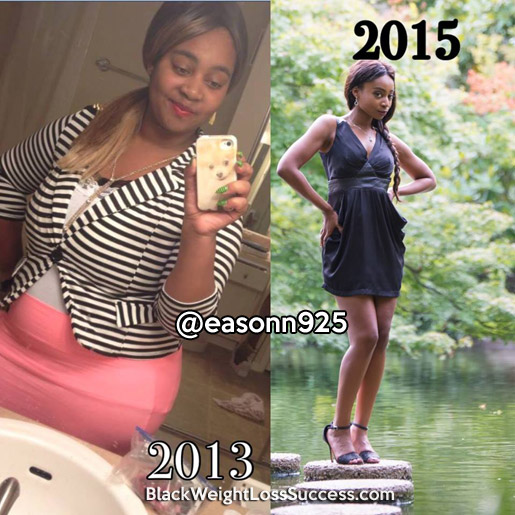 I would love the opportunity to share my weight loss journey. I had been big all my life. At only 5 feet and 5 inches and barely 19 years old, I weighed 310 pounds. Growing up in the African American community, we are told that we are “naturally big boned” and should be this way. This further contributes to the mental complexity of losing weight. I wasn’t healthy or happy, on top of knowing that no one is born being overweight. I knew that I needed and wanted to make a change, realizing that health is wealth. Steve Jobs was a very rich man, but died of a bad liver, something his money could not buy him. Health is wealth, and I wanted the best quality of life possible, given that we only get one.

So, I embarked on my weight loss journey starting in September 2012 by researching the misconceptions of obesity and different perspectives on health. Ultimately, I worked through the psychological barriers that prevent many people from losing weight. I did not lose weight because I did not like who I was. I lost weight to be the healthiest version of me that I can be.

My starting weight was 310 pounds and I currently weigh 124 pounds. I have lost over 180 lbs and have kept it off consistently for the past two years. Now, I am a commercial and print model.

During the Journey: By October 2013, I weighed 175 pounds and felt amazing. For the first 80 lbs. I cut out all caffeine, beef, and pork. I stuck to lamb as it was a good source of protein, as well as tilapia (seafood in general) and turkey as it’s the leanest and healthiest of the meats.  I began to eat breakfast every morning to kick start my metabolism, as well as intermittent fasting. I also began to increase the amount of fruit I ate and used portion control. Not in calories or not in terms of numbers, I achieved portion control psychologically; by learning to control my appetite and how I felt about food in general. I ate until I was no longer hungry. Not until I was full or feeling like I was going to explode, but just until I wasn’t hungry.

You see, obesity is a medical condition and losing weight is a science. For example, you realize you are full 20 minutes after your stomach has reached its limit. That makes it almost effortless to overeat by not factoring in the other psychological and sociological factors that effect how, what, and when we eat. Which is why I learned how to control my appetite instead of just trying to control the portion size of the food! I no longer kept bread in my home and ate it sparingly. I replaced it with fruits. Watermelon was my safe haven as it is 90% water, thus giving you a full feeling without the calories or feeling bad after you eat it. Food is a source of energy for humans on a most simplistic level. It should make one feel empowered before and after eating.

I discovered that food isn’t the problem, it is the coping mechanism. Similar to how drugs aren’t the problem they are the coping mechanism. You have to figure out what is going on within yourself that makes you want to eat when you happy, mad, sad, bored, etc. and reprogram how you view food. I now view food solely as a source of energy and replenishment, no more no less. Everything can be achieved through moderation.

To be frank, I do not workout often if any. People think that food is the problem and the gym/physical fitness it the solution. When in reality, 80% of how you lose weight is in what you eat. It does no good to build muscle on fat. For my first 95 pounds, I was sitting on my couch watching Netflix. It’s a lifestyle change and one that involves several factors. Ironically, the most crucial factor to weight loss, the psychological aspect, is often the most neglected.

I knew that to help implement the change I wanted to see in health, I needed to be out interacting with people face to face; answering their questions, showing them what I did, sharing my story and ultimately inspiring change. So, I am trying to start my own business to educate people on what obesity is and is not, as well as health being wealth! It does no good to have money if you aren’t healthy enough to spend or live to see the fruits of your labor. Through a series of seminars with cooking segments and fitness camps I have inspired others to become their greatest inspiration and motivation.

My grandmother used to always say “Advice is what we ask for when we have the answer and wish we didn’t.” When people ask how I did it… Fad diets? No. Pills? No. Hours at the gym? Not even. I tell them it’s a lifestyle change and more internal than people realize. Food isn’t the problem. It is the coping mechanism. You have to figure out what’s going on within you and set yourself free. 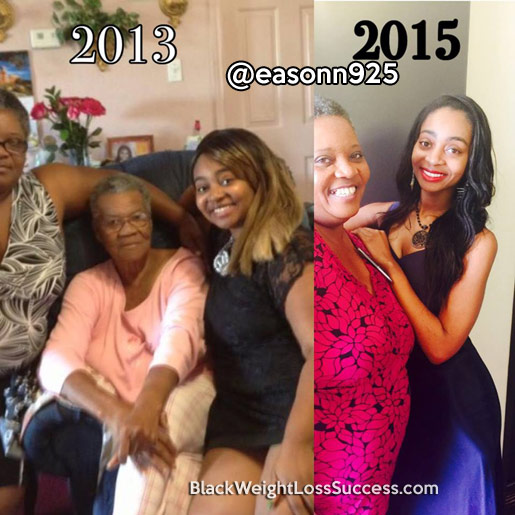 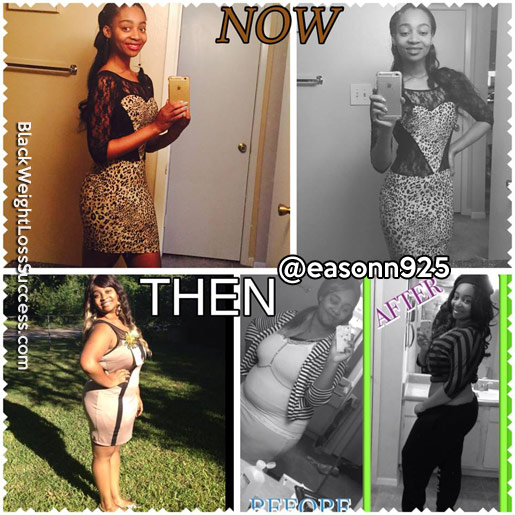