You are here: Home / Before and After Photos / Nikkiey lost 101 pounds

Transformation of the Day: Nikkiey lost 101 pounds. At 319 pounds, she experienced negative comments from a family member and the embarrassment of not being able to ride the rides at a Fair with her daughter. By doing her research, cooking healthier meals and doing lots of exercise, she has transformed her body and her mindset. 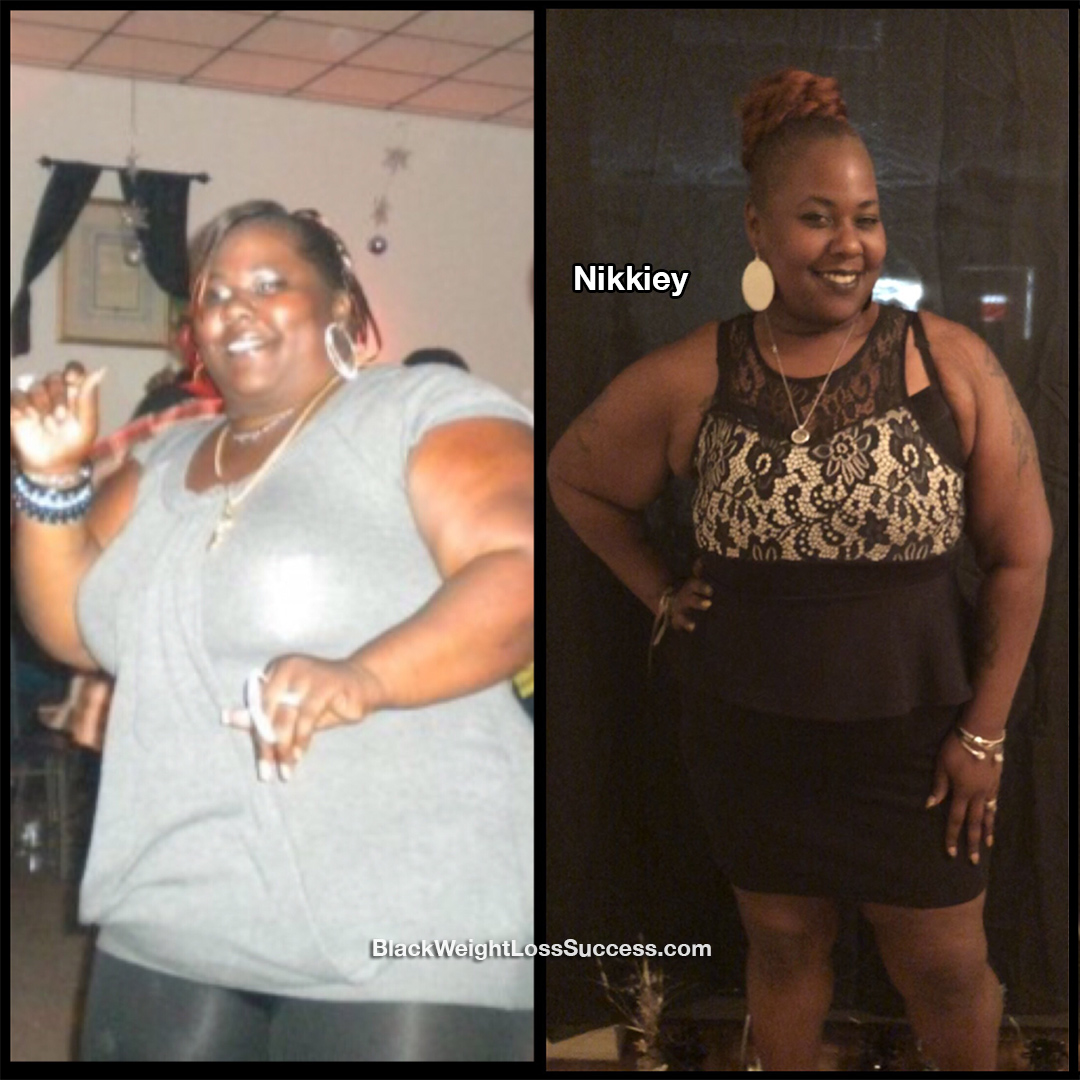 When I first started began this journey, I was at my lowest low. I stepped on the scale and saw 319 pounds (height: 5’3″). I was so disappointed because I was all out of options. I couldn’t believe that was my life. I felt so alone. I felt like I couldn’t do this without someone else doing it with me. Also, it was just easier to eat unhealthy food and pack on the pounds.

I visited a family member who I hadn’t seen in a while. The first thing she said to me was, “Well dang, what are you eating? You keep getting fatter and fatter. ” That was blow number one, but I brushed it off. Then, I took my then three-year-old to the Fair, and she wanted to ride one of the rides. Unfortunately, only her daddy was small enough to ride with her. After I wasn’t able to ride the third ride, she said, “Mommy, I wish you only had one tummy so you could ride too.” I was hurt, and I was embarrassed. I went home, and I cried because now my decisions were interfering with my child and that was a no-no my book.

I started to research all kinds of diets and gathered a few of my friends who could workout with me. However, everyday someone had an excuse as to why they couldn’t work out, which always became my reason for not working out as well. Eventually, I found myself working out alone. On top of that, everything tasted bland, and salads just weren’t enough. OMG, I was failing before I’d even began, but something kept telling me to keep going. I just had to figure it out. I had to learn to think outside the box.

I focused on my love for cooking and started to make all the unhealthy meals I liked into healthy, tasty meals. The meals were so good that my family started to prefer them over the traditional meals I usually made for them. Then, I began to take three 10 minute walks twice a week…ALONE. Gradually, I increased the amount of exercise I did, and the weight started to melt off.

I incorporated more veggies into my meals and drank more water. If I wanted juice, I would have 4oz of 100% juice. I even learned to make my own “sodas” if I had an urge for one.

It wasn’t easy at all, but I pushed thru. Eventually, I hit a plateau, but I wasn’t going to let it stop me. I went back to the drawing board. I changed my whole way of thinking and increased my workout intensity to get things moving again. My research helped me understand that I needed to do more cardio. Used free videos, like the ones from Adrian Bryant and Bob Harper on YouTube. I added in some HIIT sessions and exercised five days a week and every other Saturday to push through that stubborn plateau. Slow and steady, I was well on my way to victory.

Here I stand today, two years later (I started my journey on 2/15/16.). I’m 101 pounds lighter and happier than ever. I did this ON MY OWN. No pills and no surgery. I’m not knocking those who used those methods. I respect your decision, but I had to see for myself whether this could be done. I am a witness that it can happen.

The biggest lesson that I’ve learned thus far is that this is indeed a day by day journey. I didn’t put the weight on overnight, so I had to accept that I couldn’t take it off overnight. I had to understand that I would not only have to exercise my body but my mind as well. It hasn’t been easy, but it’s darn sure worth it.

I’m so thankful for all those that cheered me on along the way and refused to let me give up… even when I almost committed 1st-degree murder on my poor husband about food. He kept me going.

I just wanted to share my story because there is somebody out there right now who needs this REAL STUFF. I’m here to tell you to keep pushing baby. You got this! I don’t care what they say. Only trust in what YOU say, because your ONLY competition is YOU!

I won’t lie. This weight loss journey is right up there in the top three hardest things I’ve ever had to do, and I’ve been thru a lot… trust me! It can be done. I believe in you. Now, you go out there and believe in yourself! 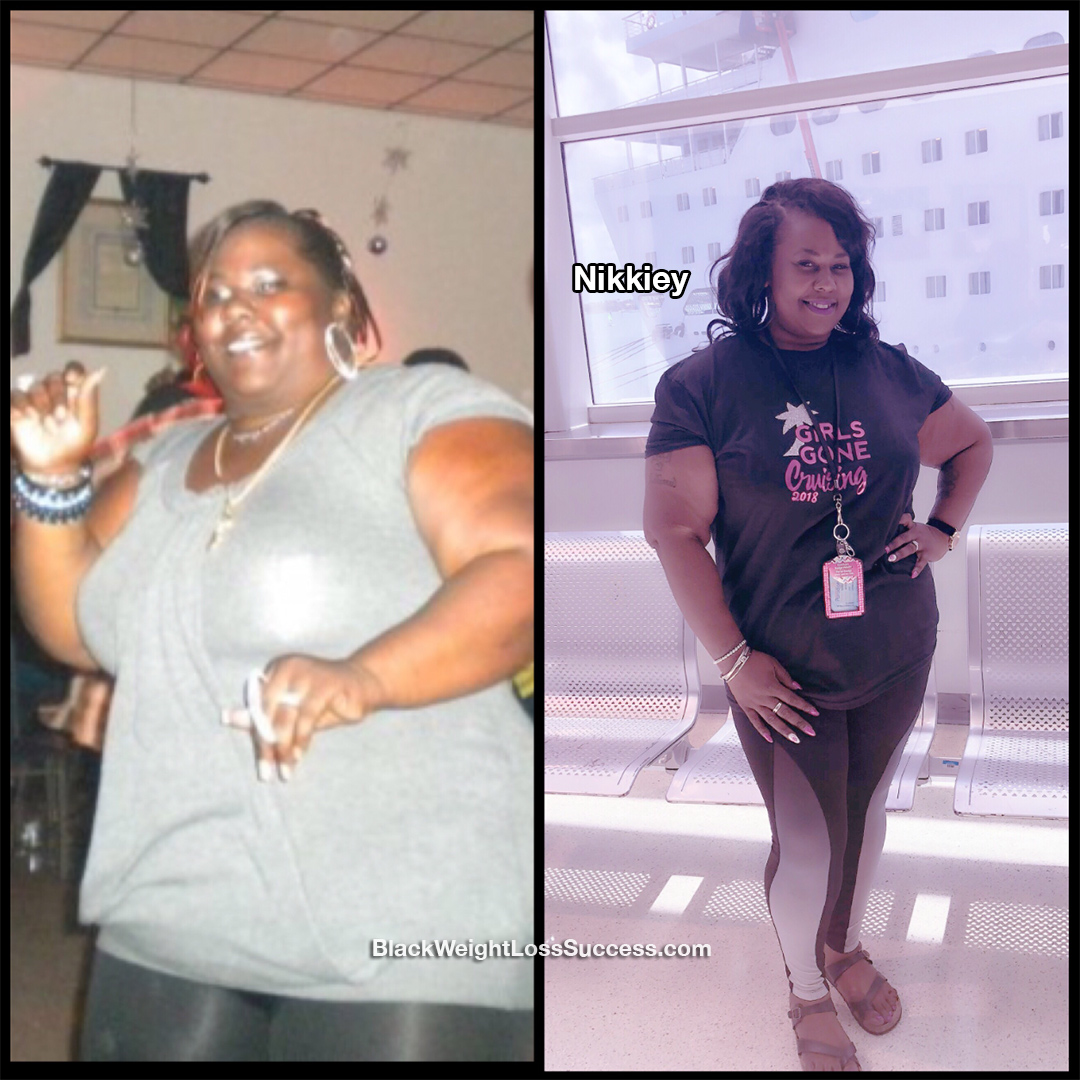