You are here: Home / Before and After Photos / Tiffanie lost 30 pounds

#ThrowbackThursday 2014 vs 2017 ……Because sometimes I get discouraged with my progress and forget just how far I’ve come. This is not a fad… it’s a lifestyle change. I’m not quite where I want to be but I’m far from where I used to be. Everyday is battle but I’m damn sure worth the fight. 💪🏾💪🏾💪🏾 #FitMom #ThickFit #ThickThighsSaveLives #realwomenworkout #MyWayFitness #MyWayMix #MyWayOrTheHighWay #DropItLikeASquat #LifeStyleChange #WorkInProgress #Hustler #GoHardOrGoHome

Weight Loss Story: Tiffanie lost 30 pounds. She had a lot on her plate being a mom of 2 in college and dealing with relationship and anxiety issues. After years of trying diets and fads, she committed to working out, found a supportive coach and community and started eating clean. She shared with us about the steps she took. 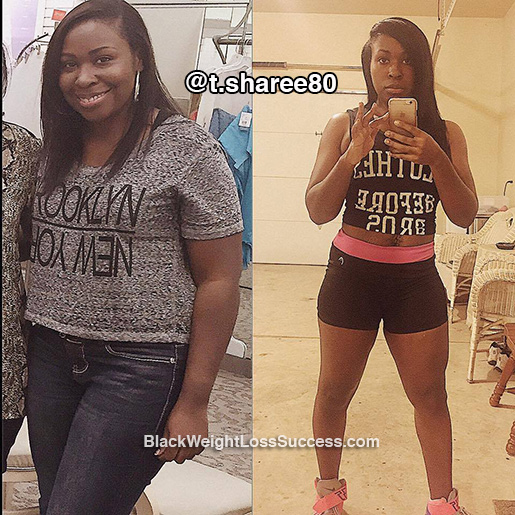 I was a single mother of 2 and college student dealing with bad relationships, bouts of anxiety, depression, weight struggles and working a full time job that I hated. And then……I quit the job that was stifling me. I started to focus on becoming a better me, because I owed it to myself and my children. I was TIRED of everything, mentally physically and spiritually!!

Yes, I still struggle and I fight myself daily not to go back to the person I was. I’m still not where I want to be, but I’m far from where I was. I recently finished my bachelors degree with a 3.49 GPA. I’ve lost 30 pounds and even in my struggles I have peace! I’m 5′ 2″ tall and started out weighing 173 pounds after the birth of my second daughter. Now, I weigh 143 pounds.

Over the course of 3 years, I tried everything the lose weight quickly…Things like fat burners and detox diets, but nothing worked. I would lose a few pounds and then gain it all back. The only thing that worked was consistency. I cut back on eating fried foods and fast food. Don’t get me wrong, I don’t deprive myself, I just indulge in moderation. I eat clean most days, having things like fish, chicken and turkey with veggies and other complex carbs of some kind.

I became fully committed to working out in June of 2014. I joined a gym and started attending Zumba classes on Saturdays. A friend of mine in the class told me that since I love to dance so much I should try Dance Fusion on Monday nights ,because it’s a much more intense class involving cardio and light weights. It took me a month to actually attend the class. I went one Monday night in July and haven’t stopped since. The instructor Rhondrea (Rhonnie) Jennings has an online Facebook group that she added me to and announced that she was going to be starting a focus group for about 12-14 ladies working out boot camp style. I volunteered to be a part of the group. That was in Nov 2014. It wasn’t until this time that I noticed a real change. The first month I saw results. My body was changing. Even though I couldn’t see it on the scale I could see it in my clothes and I knew I couldn’t quit. It became my therapy. I completed 3 rounds of 6 week sessions with the focus group, but I continued to workout on Mondays at Dance Fusion and on my own after that. It took me about 6 months to see a change on the scale. 30 pounds was my goal. My focus now is to stop losing weight and start increasing my muscle tone.

Nothing feels better than progress. Whatever feels good to you…Do that! Don’t give up on yourself or your dreams. Life is good, you just have to live it! 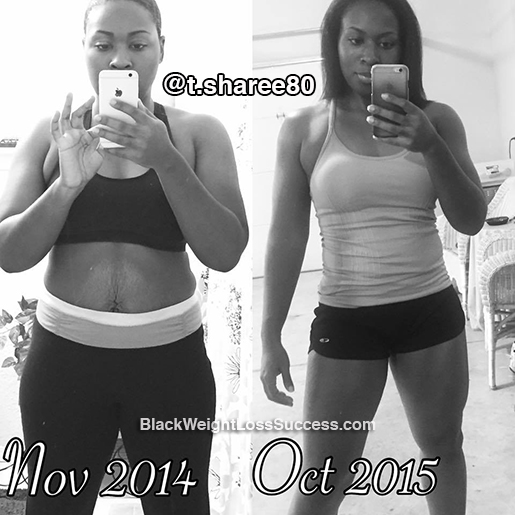