You are here: Home / Before and After Photos / Jasmin lost 63 pounds 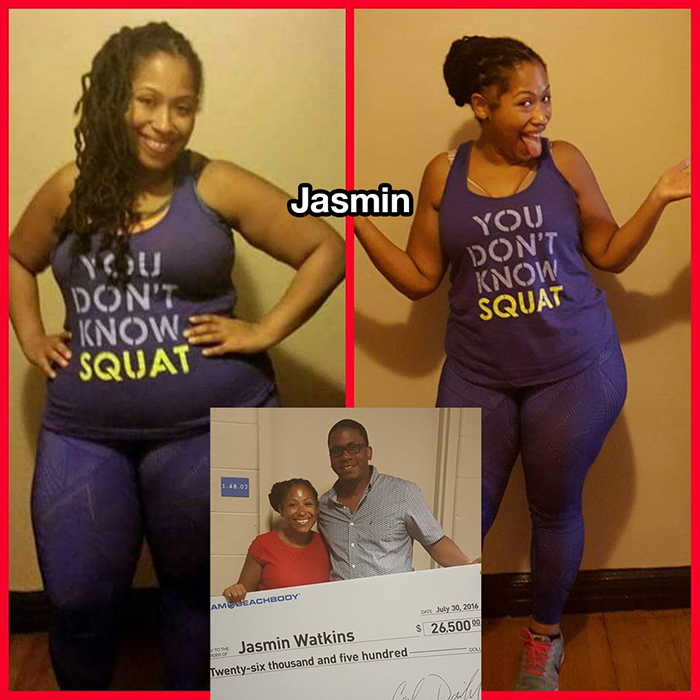 Jasmine won the Beachbody Challenge that she mentioned below!

Update June 2016 – Jasmin has lost a total of 70 pounds. She has continued to eat clean and workout regularly. She’s a finalist for the Beachbody Challenge and needs your vote.

“Just wanted to give you an update and also ask you all for help. I’ve lost 7 more pounds since I was featured in December, for a total of 70 pounds gone. I have continued to eat clean and use portion control. I’ve also been working out 30 minutes to an hour daily. I’ve been using Team Beachbody programs such as T25 and Turbo Fire, as well as drinking Shakeology. I drink over a gallon of water a day and using my Fitbit to track my activity.

I have actually been nominated as a finalist in the Beachbody Challenge (Ultimate Health category). If I win, I could receive $25,000. There are 4 women and 4 men finalists. They will pick a woman winner and a man winner. I’m asking you guys to vote for me! Voting is open through June 27th. In advance, thank you sooooooo much!” 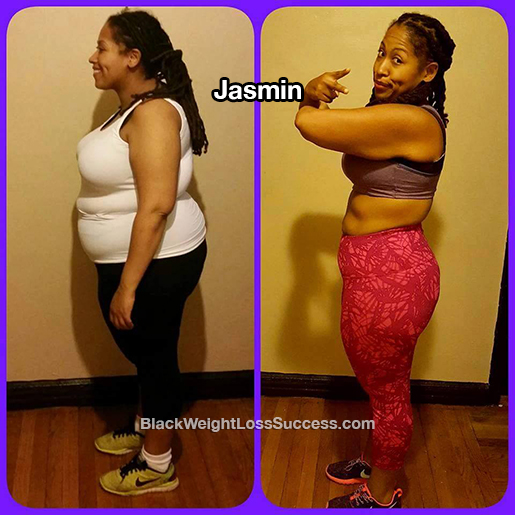 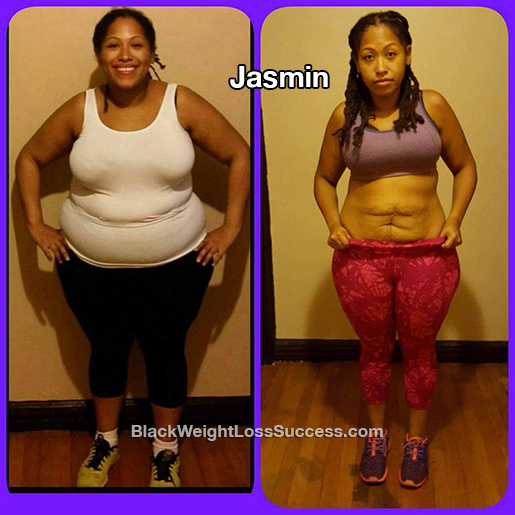 Dec 2015 – Weight Loss Transformation of the Day: Jasmin lost 63 pounds. After the birth of her twin sons, she was fighting pregnancy weight gain and gained an additional 30 lbs post pregnancy. Hurtful words and actions from a co-worker served as a wakeup call and lead her to workout out at home and change her eating habits. Now, she is inspiring others to do the same. 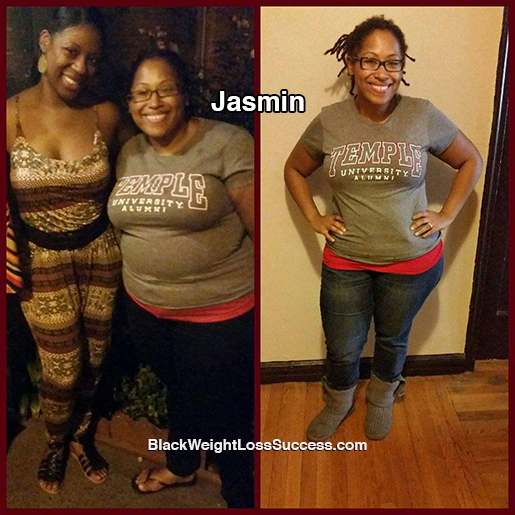 I’ve yo-yo’d with my weight my entire life. I was inspired to lose weight after giving birth to my twin sons. 2 months after giving birth, an old coworker came to my job, told me how fat I had gotten and how I let myself go. That comment hurt me so much, but part of it was that I knew there was some truth to it.

That day I bought the 21 Day Fix and T 25. I did the programs for about a week but never finished. It wasn’t until a few months later (and after gaining an additional 30 lbs after giving birth) that this same coworker approached me again and slapped my butt in front of my entire classroom. She told me that I had let myself go. After that, I did the T25 program and stuck to it. I completed the program 2 time. Since then, I have also completed the Beachbody’s Ultimate Reset 2 times and Insanity Max 30.

My starting weight was 253 pounds. I currently weigh 190 pounds. I would like to lose about 20 lbs more, and I am still working diligently on my transformation. I started in December of 2014. It took about 11 months, and I am 5 ft 3 inches tall.

I cut out all soda, all juices and most processed foods. I also cut out coffee and a lot of white sugar. I incorporated more fruits, vegetables and lean meats into my meals. Spinach is a staple food for me. I eat or drink it daily. I also drink a gallon of water a day and drink Shakeology everyday as well.

Due to time contraints and having infant twins, I was never able to complete long workouts. My workouts were 30 minutes each day. I would follow the modifier when I got to difficult moves. I just kept going and tried my best.

Reasons for change: I had to be the best me that I could for my 3 children. I wanted to be attractive for my husband. I wanted to be fit for myself. I hated snoring extra loudly, and breathing extra heavy. I hated always being out of breath. Most of all, I hated not being able to do things that came easily to me before. I hated being shamed by people. I also hated hearing the excuses I was making, because I turned myself off.

What would I tell others who want to change their life and do their best? Don’t eat your feelings. Obstacles will come, but it’s a battle between the body and the mind. You have to believe in your mind that you can do it. Whatever your mind thinks is what will come to pass. If you think you can’t do it, you are probably right. REMOVE CAN’T FROM YOUR VOCABULARY. Some movement is better than none. Also, clean up your diet. Nutrition is 80 percent of the battle. Drink a lot of water as well. Since then, I have also become a Beachbody coach and I have helped over 100 people accomplish their health and fitness goals. They hold me accountable as well. It has become a family. 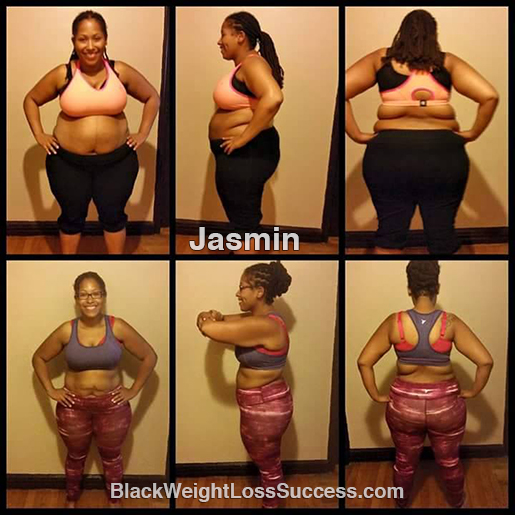 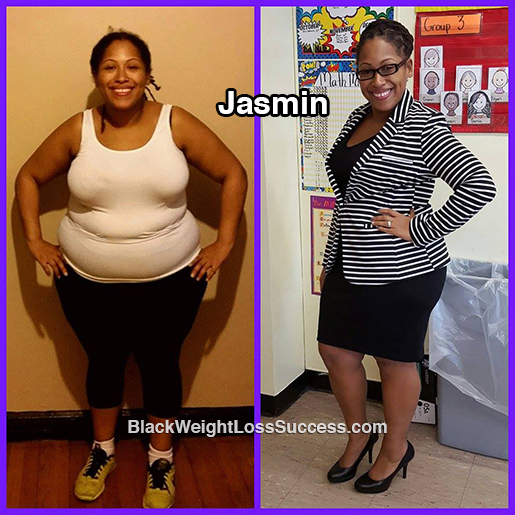