You are here: Home / Before and After Photos / Cora lost 75 pounds

Transformation of the Day: Cora lost 75 pounds. She experienced significant weight gain after facing a number of challenges, including divorce and moving to a new state. As a mother of two teen girls, she wanted to be an example for them and live a long, healthy life. Check out how she took action to lose the weight. 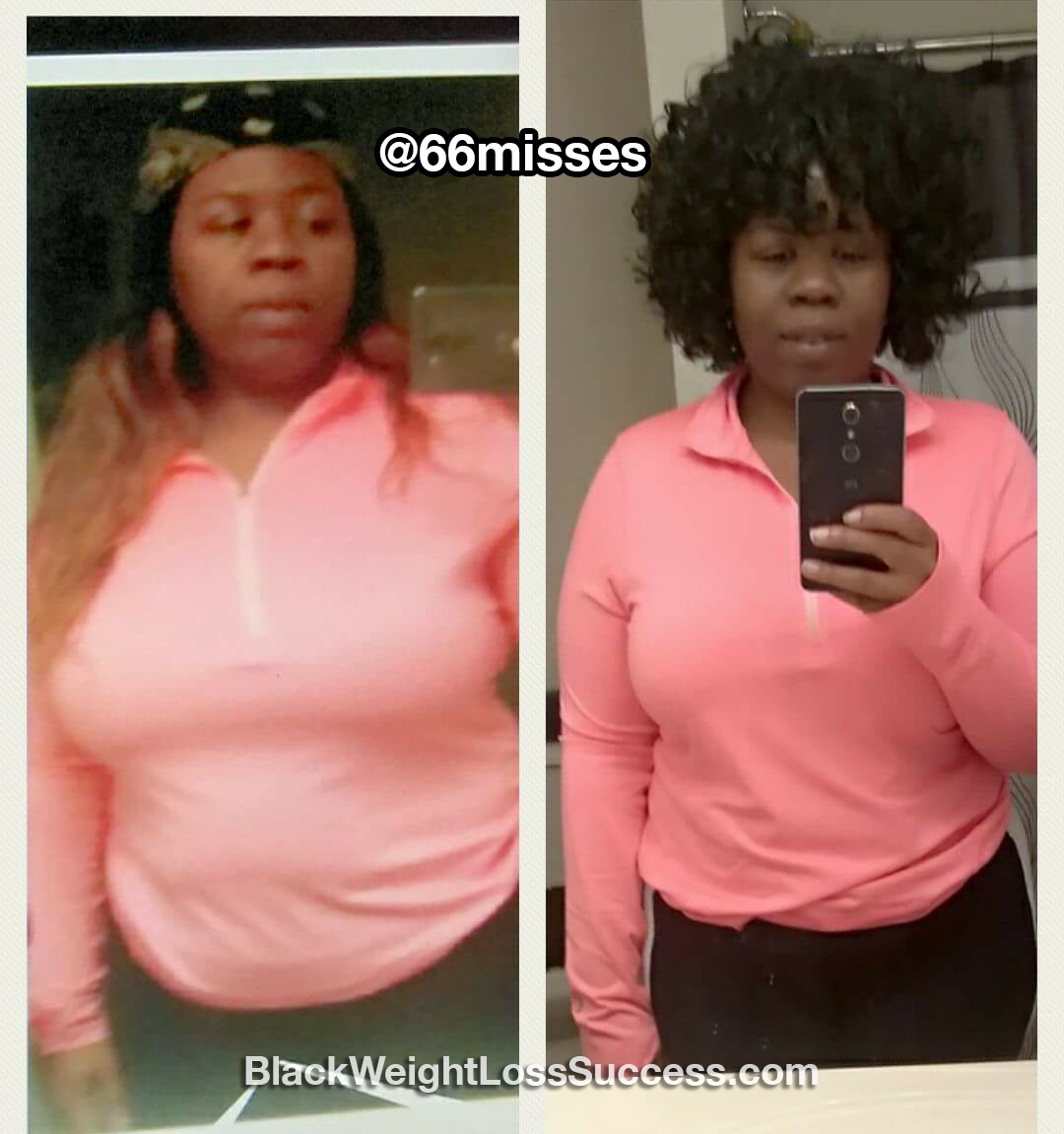 My name is Cora Shelton. I’m a 36 year old and a mother of two teenage girls. I have been heavy all my life. I was always active, but I would always be the biggest person participating. In 2011, I decided to lose 100 pounds. I went from a size 22 to a size 8 and
thought, “Yes, I’ve lost the weight. Now, I can be happy.” But things don’t work that way.

I kept the weight off for a few years, but in 2015 I started going through some major life changes. (i.e. divorce, moving to a new state, starting a new career, dating and being a single mom) It was overwhelming.

I was motivated to make this lifestyle change because I started having health issues. I was pre-diabetic. After losing 20 pounds, I am not pre-diabetic anymore. While losing weight, I found out that I have a hernia in my abdomen. Currently, I’m working to lose weight for my surgery.

I use portion control and do a whole lot of walking.  I walk at least a mile or two miles everyday. One of the main things I gave up was sodas. I also gave up candy. I love steaks, but decided to cut back on red meat. I wanted to train my body to not require so much food to get full, so portion control has been really helpful. As far as healthy foods I started eating more raw veggies and incorporated vegetables into every meal. 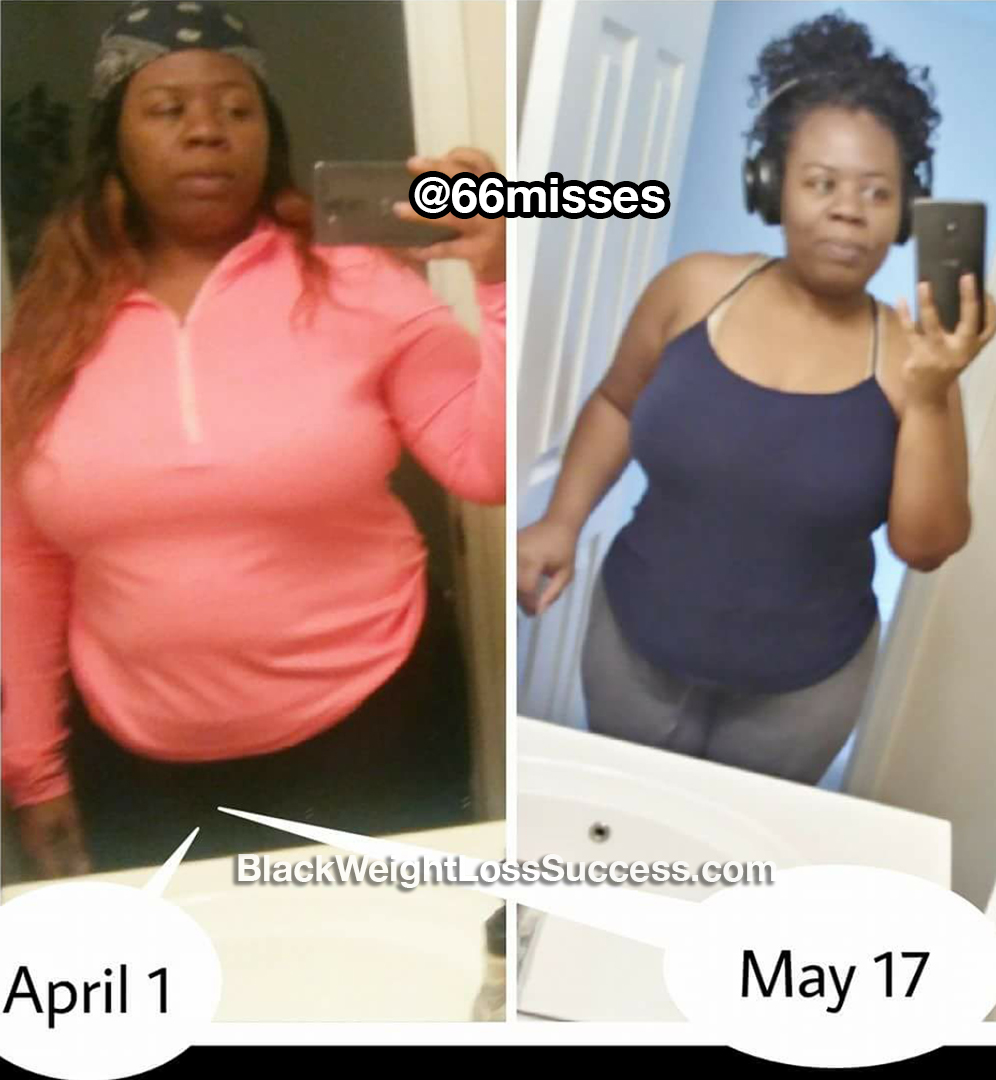 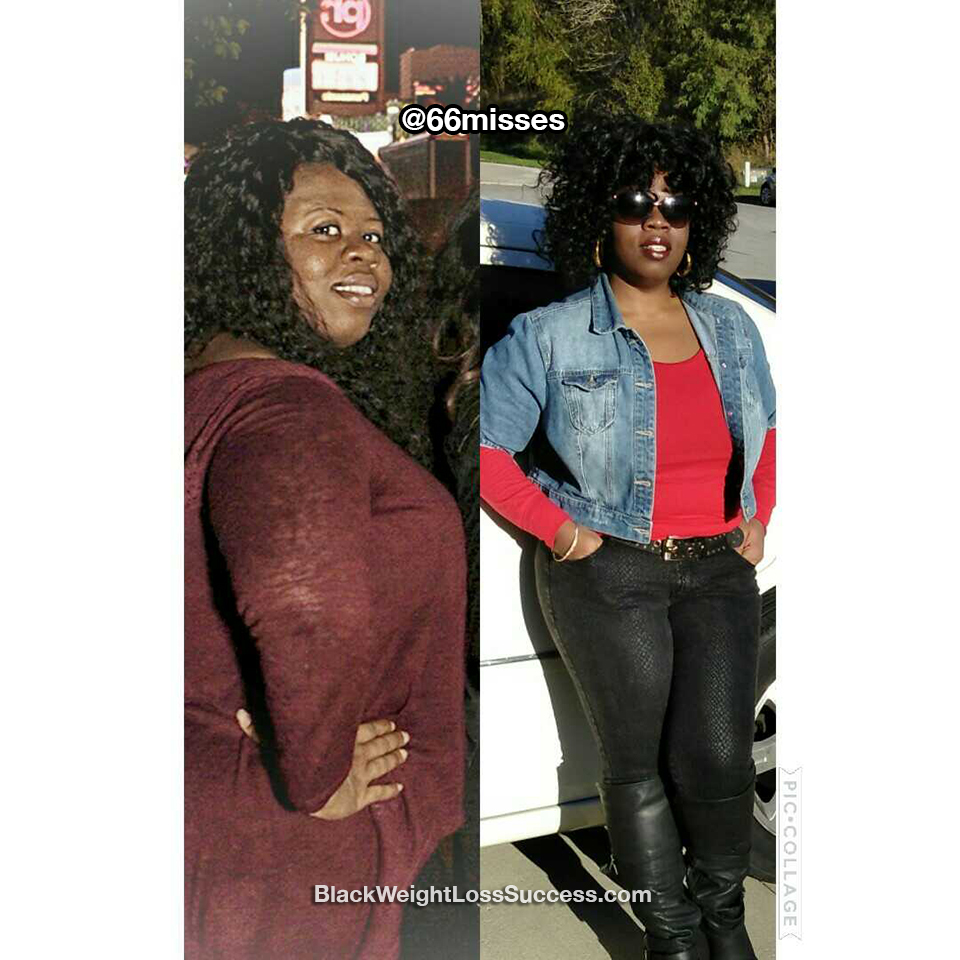