You are here: Home / Before and After Photos / Victoria lost 49 pounds

Victoria lost 49 pounds. She did it for herself and for the benefit of her 2 children. “If you would have told me in Feb 2016 that losing 107 pounds by Dec 2016 was impossible, I wouldn’t have believed you. Now, I’m sure I’ll knock that goal out of the park, plus some more.” Check out how she did it. 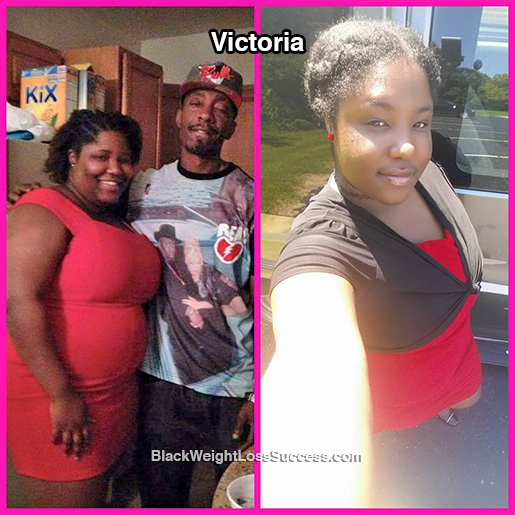 I always wanted to look great and feel great again. I kept saying that I would do it but never did. One day, I looked at the scale and it was at a number I was not pleased with. I started working out with family and friends. I connected with a personal trainer in March 2016 and I’m still working out with her today.

I have two children and I want to set example for them of how to keep yourself up. In order to look good you have to feel good as well. I wanna be able to run marathon one day or not be out breathe when I play outside with my girls. What keeps me going: I look at my before and after pictures and I realize that within 5 months my body has made already a big process.

I stopped eating out a lot and watching my overall intake. I also only drink water and I cut out all pop. I changed what I ate daily. For example,  I substitute chips for fruit. Even though I use to skip breakfast, now I make sure that I have yogurt or oatmeal in the morning. That’s a must. If I feel the urge to pig out, I grab water. I also don’t eat after 9:00pm. If I get hungry late at night, I just drink water that’s my only liquid intake.

I workout 3 times a week with my trainer for 1 hour doing all types of exercise routines. She keeps pushing me to keep going. That’s her slogan, “Keep going!” With my trainer, I do circuit workouts with 3 other people. I do 30 jumping jacks after every intense workout. That workout: shadow boxing, 20 burpees, 20 mountain climbers, sit ups and  Russian twists. We run through a park doing 2 laps at the most. We do squat jumps as well. We run through the entire workout about 4 times. It depends on what we working on that day. I use to eat out a lot.

My starting weight was 307 pounds and now I weigh 258 pounds. I am 5’7″. My goal is to be under 200 pounds by December 31st. I know that I can do it. If you would have told me in Feb 2016 that losing 107 pounds by Dec 2016 was impossible I wouldn’t have believed you. Now, I’m sure I’ll knock that goal out of the park, plus some more. I did not use shakes or surgery, just exercise and watching what I ate.

This just the beginning of my journey, but I would like to encourage all my sisters and let them know that if you take that one step you won’t regret it. I say keep going, especially to the people out the who have children. My weight loss has encouraged a lot people to try and make a change. My children even tell people, “My mom doesn’t drink pop.” or eat this or that. That let’s me know they are playing attention. This change was for me and also for them.

The picture below in workout clothes are before and after photos my trainer took in March 2016 and August 2016. 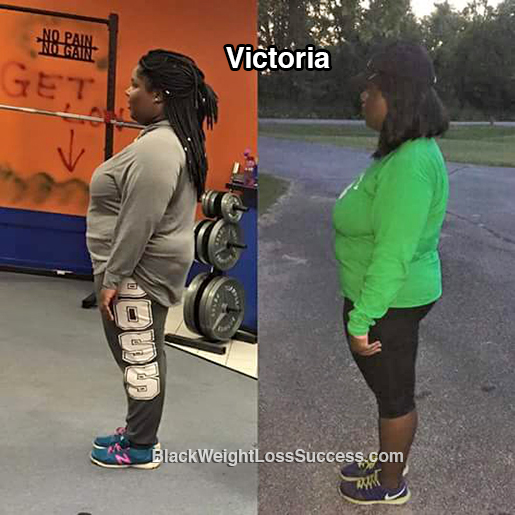