You are here: Home / Archives for enough is enough 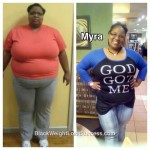 Update 2017: Congrats go out to Myra! She’s lost over 130 pounds. “I was named a 2017 Health Hero by O (Oprah) Magazine and featured in the January 2017 edition.” “Five days a week, Myra Anderson drives her Mitsubishi Mirage to churches around Charlottesville, Virginia, and turns their fellowship halls into workout studios, leading participants […] 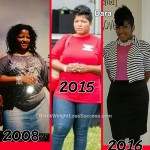 Weight Loss Success Story: Dara lost 39 pounds. This busy mom and wife woke up one day and decided that enough was enough. She attributes her success to adopting healthy eating habits. Here is what she shared with us about how she did it. My name is Dara M. and I recently lost 39 pounds. I […]