You are here: Home / Before and After Photos / B’Neika lost 130 pounds

Transformation of the Day: B’Neika lost 130 pounds. When her world was falling down, exercise became a source of strength and comfort. This former food addict has learned so much about herself during this journey. I love that she says, “My emotions were meant to be shared, not eaten.” Check out how she did it. 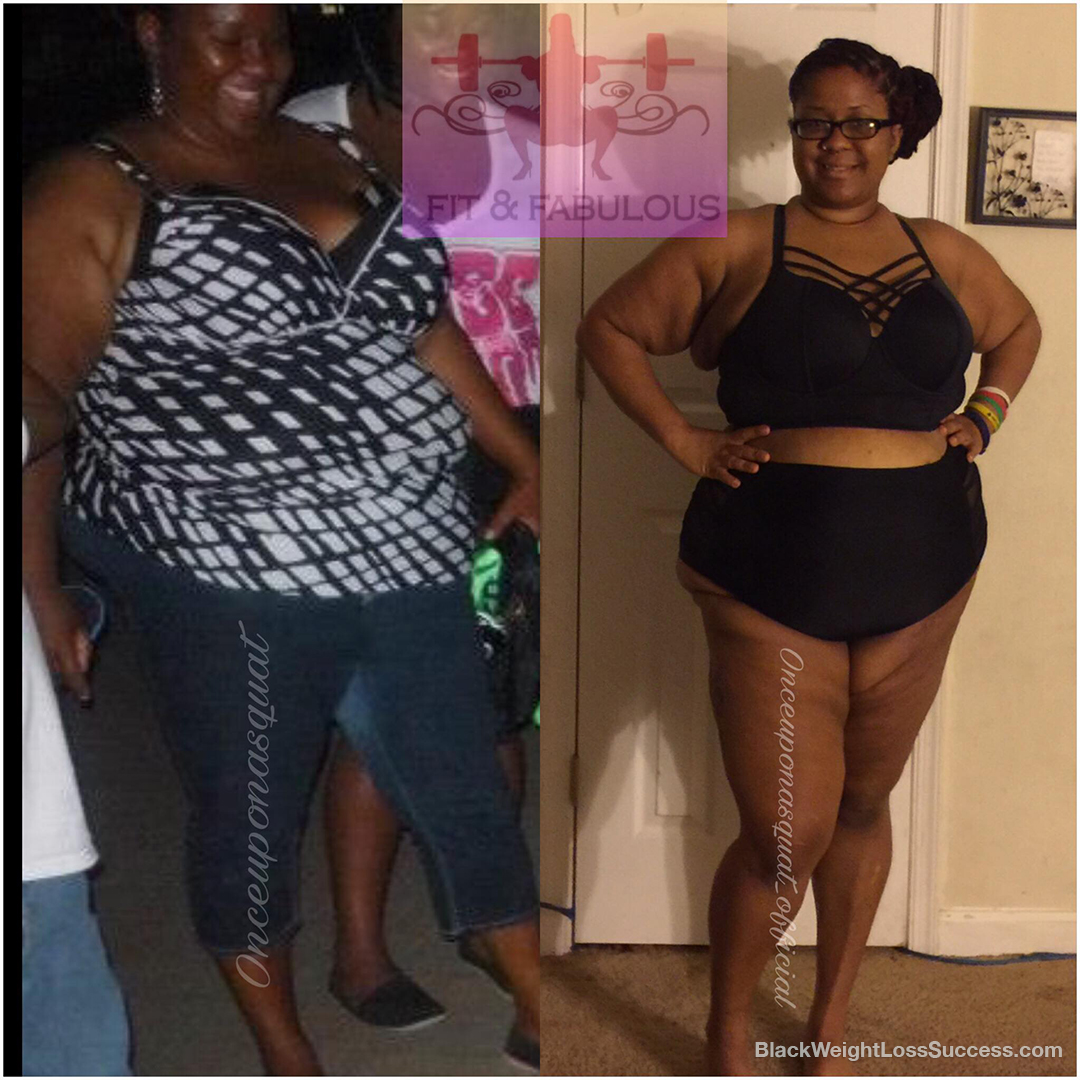 What was your motivation?
My children were my motivation. My oldest child had already started to fall into my footsteps. I didn’t want her to have the life I had, because I hated most of my young adult years because of the way I looked.

What inspired you when you wanted to give up?
Knowing that I had put it out to the world and that other women who were struggling with the same things were watching me. I wanted them to know that it could be done as along as they kept going. I was going through a separation and working out became my outlet. I moved across country and became a single mom. In the process, I lost everything. The only things I had that couldn’t be taken away from me were my workouts. I did them every day in my living room or kitchen.

How did you change your eating habits?
I followed the Beachbody meal plans. Each program comes with a different plan and I ate according to my workout program. I also drink Shakeology once a day.

Before making changes, I was also addicted to food. I was a closet eater. I had a 2 gallon a day sweet tea habit that I gave up. I also began eating veggies that weren’t drowned in sauce.

What did your workout routine look like?
I started with Hip Hop Abs. Then I used T25, 21 Day Fix, Turbo Fire, Masters Hammer and Chisel, 22 Minute Hardcore, Insanity, Core de Force and Cize. Depending on the program, I usually workout 5-6 days a week, right in my kitchen.

Starting weight/Current weight
My starting weight was 328 pounds. My lowest weight has been 198 pounds, but I have a condition where I retain water. So, my current weight depends on the alignment of the moon. My height is 5’5″. No surgery was involved.

How long did your transformation take?
5 years. I didn’t get serious with my journey until June of 2013. I went to an amusement park with my family and embarrassed my children because I was too large to ride the rides.

What advice do you have for other people who want to lose weight?
Don’t make this about losing weight or think of it as a race. I have learned so much about myself and learned to love myself more than ever because I dug deep to find out why I was addicted to food. I learned why I stayed in a situation that caused me to eat in cars and behind dumpsters. I learned why I didn’t love what I saw in the mirror. Now, I love my body even if it is not at my goal weight, and I am no longer a slave to food. My emotions were meant to be shared, not
eaten.

Sneak Peek Shift Shop (left and top) Day 43: Masters Cardio So today I had the chance to try the new workout Shift Shop that comes out in July. When I tell you I felt like he was politely kicking my ass. “Please die now thank you kindly” 😂😂 It was nice to do some familiar moves to build my confidence and then some new challenging ones to help me reach newer limits. I will say that I can feel the after burn for real. Super excited about new things 🤗 #shiftshop