You are here: Home / Before and After Photos / Latoya lost 63 pounds

Transformation of the Day: Latoya lost 63 pounds. Despite many challenges, including the passing of her beloved mother and the end of a marriage, she found the strength to create a healthier lifestyle for herself and her children. Check out her story. 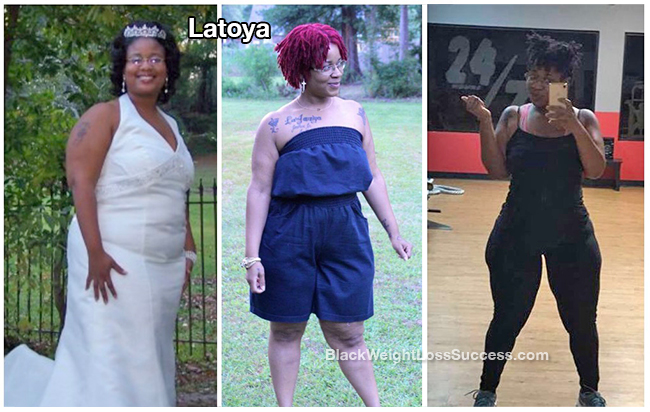 What is you motivation?
Being healthy motivates me. I have a family history of heart disease and diabetes. Also, I lost my mother in 2009 due to a blood clot, which was caused by cardiac arrest. During the process of developing a healthy lifestyle, I fell in love with myself. I just love the feeling of getting better and better. That’s what keeps me going.

How did you change your eating habits?
I started eating “sexy”. What do I mean? Nasty, greasy hamburgers, fried foods, chips and snack pies, etc… aren’t sexy, but a nice salad or a bowl of fruit is sexy. I didn’t use an eating plan or program, because I never wanted to commit to anything that I couldn’t stick to. I just cut out junk foods, lowered my sodium intake, drank plenty of water, cut down on starchy foods and cut out red meat all together. In terms of meat, I only eat children breast, turkey or fish. I also eat lots of fruit, vegetables and good fats, like nuts and avocado. I incorporated intermittent fasting into my routine as well.

What did your workout routine look like?
I workout 5 days a week, preferably in the mornings. I am a working, single mother of 3 amazing kids, so there’s no telling what can happen during the day to through me off. If I workout in the morning, I can tackle whatever the day brings and my workout is already done. When it comes to exercise, I will try anything physical. My go-to exercises are walking, jogging and strength training. I recently started boxing as well.

Starting weight/Current weight
235 pounds was my starting weight. My current weight is 172 pounds. My goal is 150-145 pounds and I’m 5 feet, 1 inch tall. No weight loss surgery was involved.

How long did your transformation take?
To be honest, I have always been overweight, even as a child. My mother always tried to teach me good eating habits, but I lost myself as I grew up, had kids and got married. Nothing mattered but my kids and my husband.

In 2009, I lost my mother and my life changed. I tried starting my journey and ended up yo-yoing. I would lose the weight, think I was fine, but then go back to eating whatever I wanted. In 2010, I got pregnant with my daughter and gave birth in June 2011. Next, my husband and I separated in 2012. So, between 2009 to 2015, I went through depression, confusion and anger at the world. I really didn’t know what life had for me. I’d lost my mama and my marriage had failed!

In January 2015, I decided to try something different, something fun. I joined a lady’s kickball league and began to see some changes in my body that I liked. I also met a few coaches while going to the gym with my teammates. Working out became fun, but my eating habits were still a little off.

My oldest son, who is now 16 years old, started playing football at time. During his physical for football, we were told that his blood pressure was elevated, and that we needed to get it under control through better eating habits. Blood pressure is hereditary on both sides for him, so I knew I had to do something. That is what made me commit to healthy eating habits (i.e. eating sexy.

What advice do you have for other people who want to lose weight?
My advice for anyone trying to lose weight is that, it’s not a quick fix. It’s a lifestyle. Focus on being healthy, not losing weight. Last but not least, TRUST THE PROCESS! 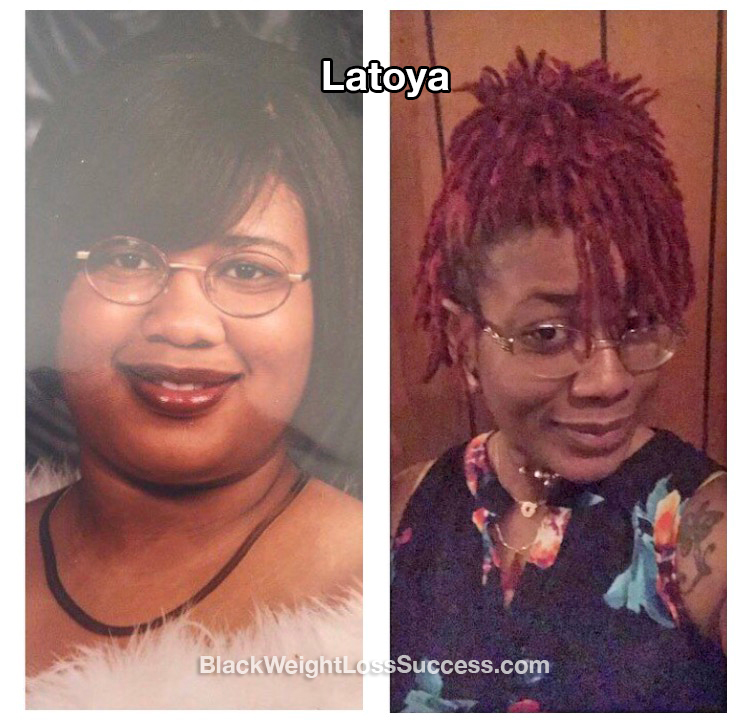